Hinduism is a religion with diverse philosophies, beliefs, countless gods & goddesses, many mythological stories & over a billion followers,. If you didn’t know, it is also the world’s third largest religion by population. While, there are several extremely beautiful Hindu temples are situated in India visited by a million devotees every day, you will find an astonishing few abroad as well. Don’t believe me? See for yourself!

A follower or not , here are a few Hindu temples located outside India that will take your breath away , a must visit !

Paramban Temple – an old Hindu temple built in the 9th century , located in the city of Java is one of the most beautiful & the largest Hindu temple in Southeast Asia, spread over 39 hectares. Locally known as “Roro Jonggrang”, based on an old legend, there are three main temples here, representing – “Shiva: the destroyer”, “Brahma: the creator” & “Vishnu : the sustainer”. You can spot has beautiful work depicting the tales of Ramayana on it’s walls and its grandeur will leave totally mesmerized.

Tanah Lot is an temple located on a huge rock, offshore in Bali, Indonesia. Tanah Lot essentially means “Land in the sea”. The beautiful & unique location of the temple attracts many tourists & hindu devotees from around the world to pay a visit and admire its architecture. Your Bali holiday is incomplete without a visit to this wonderful Hindu temple in the most picturesque setting ever! Angkor Wat – meaning the “temple city”, is world’s largest temple complex, as it is spread over 162 hectares !  The beautiful temple city, capital of old Khmer Empire is surrounded by a 200 m wide moat – it is a sight so surreal & dreamy. The main temple is located in the centre – a central tower, where the statue of Lord Vishnu statue is placed. This place will take your breath away with its splendid old architecture.

Originally constructed as a hindu temple dedicated to Lord Vishnu under the Khmer dynasty, it later got converted into a Buddhist temple. Several buddha statues were also installed in the temple late.A major tourist attraction in Cambodia, this iconic temple is truly a traveler’s delight.

Mother temple of Besakih also known as “Pura Besakih” is the largest Hindu temple in Bali. Another unique Hindu temple, it is situated on the slope of Mt. Agung – a volcano in Bali.

These 23 temples built in Balinese style, sitting on parallel terraces, connected through stairs & wooden bridges will captivate you with their other-worldly charm. The unique architecture & the landscape of these temples makes it totally worth a visit!

Book a hotel in Bali.

Sri Subramaniar Swamy Devasthanam is a temple of Hindu deity Lord Murugan spread over around 30 caves – it is one of the most unique temples around the world. A flight of around 300 stairs will lead you to the temple cave – there sits a beautiful temple built in Tamilian fashion with an opening right above the cave that lets the sunlight fall inside.

This is one of the best sights to witness. Not to forget, the temple also has a 140ft tall gold statue of Lord Murugan – a breathtaking sight on its own. 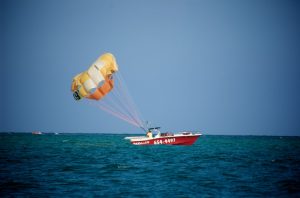 Water Sports In Andaman- Get Sporty In The Lap Of Nature
November 18, 2017