Once you stroll through Florence, you might never want to leave the town. Though it is a commercial, dynamic city with a metropolitan population of over 1.5 million, I use the word ‘town’ to relay the impression of warmth, comfort and quaintness it left on me. As the birthplace of the Renaissance, a cultural movement that fostered the propagation of art, music, science, logic and political discourse, it is an wondrous town flourishing by the Arno river. The most informative way of exploring this town would be a walk, since all its enthralling sights can be found in close proximity to each other. 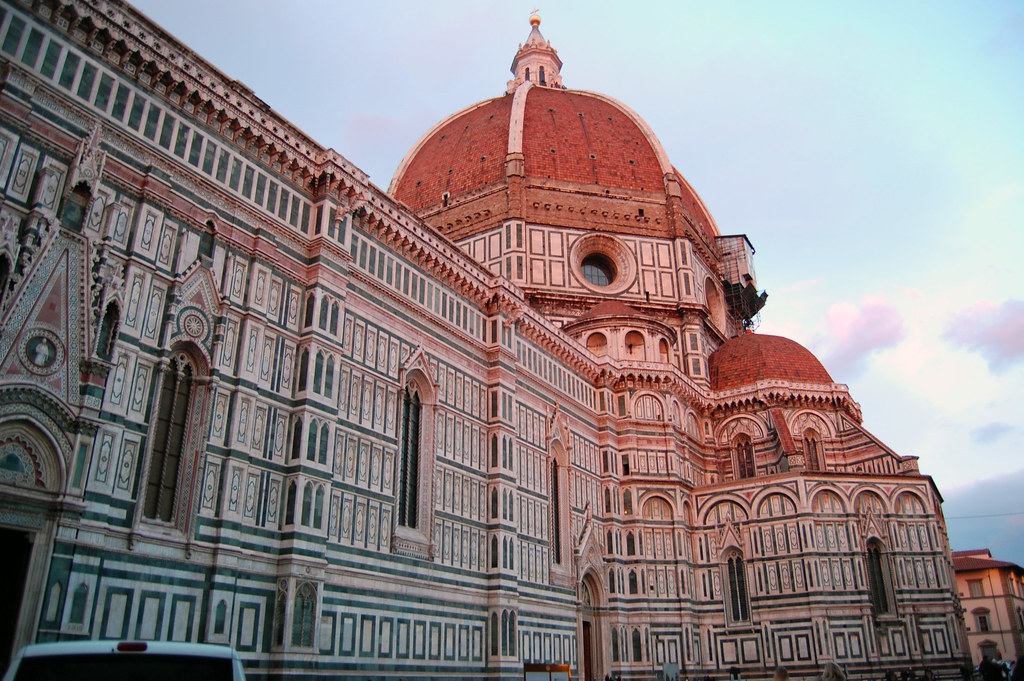 Called Cattedrale di Santa Maria del Fiore by the Italians, it is the premier church of the city. Its dome, engineered by Filippo Brunelleschi, is the largest brick dome ever constructed and was, for a long time, the largest dome in the world. In fact, the dome has become somewhat of a high point that proffers a dazzling look of the whole city.

Polychrome marble panels mark the sophistication with which the cathedral was made. The cathedral can be accessed via one of three bronze doors, which are adorned with scenes from the life of Madonna. The interior is abundant with space and contains some of the most iconic paintings of the world. 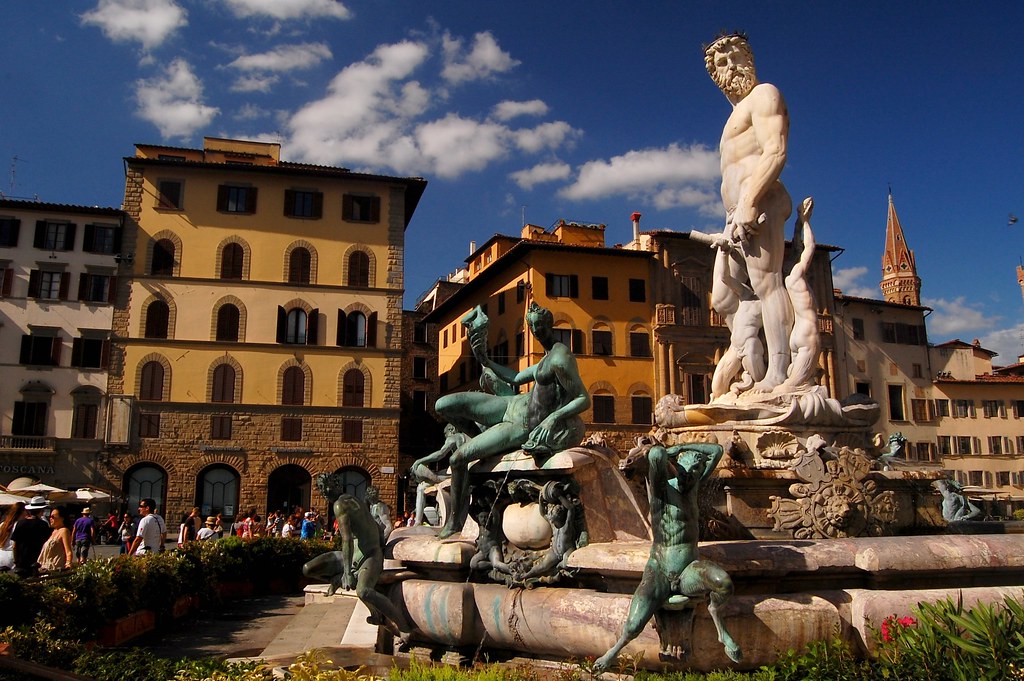 Every city has its square, a bustling hub that defines the cultural values of the particular location, where people can reliably go and lounge about at any time. As the political heart of the city, it provided the setting for the origin of the Florentine Republic. It is a breezy place in which both locals and tourists can mingle and partake in the festivities that surround them.

Noteworthy buildings distinguishing the square from any other include the Old Palace, Loggia dei Lanzi, a row of arches and the Tribunale della Mercanzia, a courthouse in which disputes between local merchants were settled. Embellishing the square a step further are an array of statues, representing Roman myth and history. 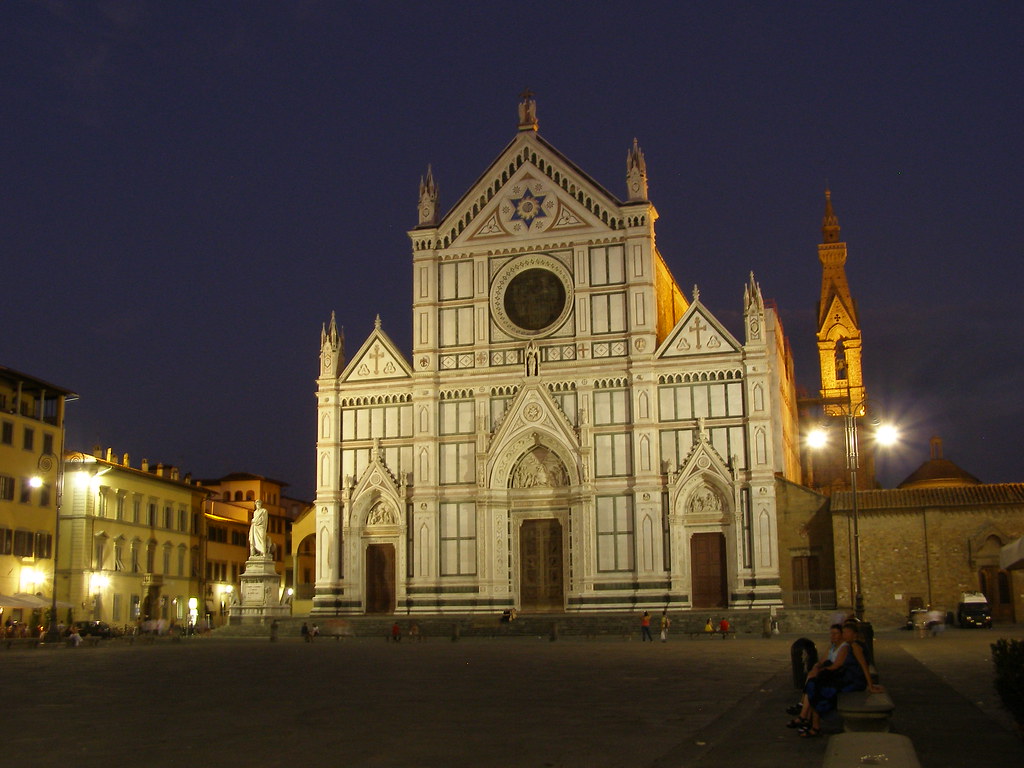 Yet another riveting embodiment of Renaissance architecture, this structure is supposed to be a minor replica of the Roman Catholic Church situated in Vatican City. Initially built outside the walls of the city, it has gained a noble reputation as the burial ground for many of the Italian greats:  Michelangelo, Galileo, Machiavelli and the elites of the Renaissance. It is the largest Franciscan church in the world, with its sixteen chapels and elaborate frescoes being memorable features. As in custom of any building in Florence, it also holds some of the most precious artwork, whether in the form of paintings, sculptures, tombstones.

A campanile is basically a bell tower and Giotto’s Campanile is the perhaps the most fashionable one ever made! Characterized by classic Renaissance Gothic features such as marble encrustations, slender frames and consistency of colour, the tower was actually built by a 67-year-old architect.

Adding to its deep and refined design are hexagonal panels, lozenges and the statues in the niches. There are seven bells in the tower, each containing its own set of meaning in line with Italian faith and culture. The tower is of seven levels and each level is worth the climb for its regal essence.

Book a flight to Florence. 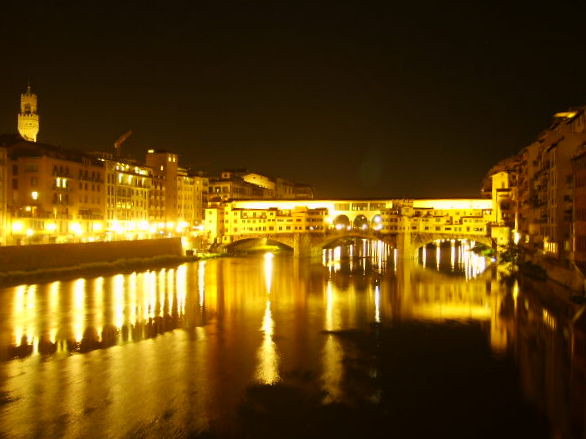 Since the city of Florence is already so heavenly and even the most mundane buildings seem like masterpieces in terms of history and architecture, sometimes people tend to forget that it is set by a river. By visiting this bridge, one can gain an appreciation for the river that has watched over and flows along the city.

Constructed at its narrowest point in the medieval times, the piers are made of stone and some say that it was built before 996 AD, over a thousand years ago! It boasts three segmental arches and also hosts shops and merchants who display their goods on a table.

Also read How To Best Discover Rome In 3 Days! 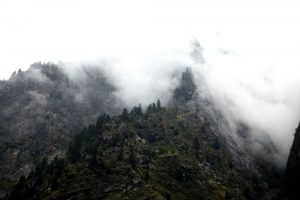