Everyone has thought about a Europe trip at least once in their life. So, if you’re reading this, I am sure you have too. However, the only reason that you’re still here reading this, is probably because you’re not much of a squanderer. Are you? Or maybe you aren’t aware that there are in fact, some European countries that you can visit without peeping into your wallet frequently. For a fact, some European countries are as pretty as Paris and as historic as Italy. This is an exclusive list of the cheapest European cities that you can conquer without any second thoughts!

Herzlich willkommen! Don’t stress, it means Welcome 🙂. Wondering how Berlin tops the list of cheapest European cities? Well, that’s because this is one those rare European cities where you can buy a beer just for about £2.00- £3.00. Not to mention, the German capital is also a place where arts and entertainment have significant existence so Berlin won’t be a disappointment. If you are worried about accommodation, believe me when I say this, you can find a 3* accommodation for two nights for two at £124.00.

It’s true, you’re still in Europe. Oh! And one more thing, you can have coffee for just £2.90 only. Conveyance in Berlin won’t agitate you either. It will only cost you around £12.67 with a travel card of course.

Tallinn is a mesmeric city on the Baltic Sea which is also the largest city of Estonia. The city is adorned by its historic cobble stoned Old Town which dates back to almost 15th century. A bottle of beer here is around £3.5 and a cup of coffee is somewhere around £2.00. Convenient isn’t it? And you can sleep like a log in any 3* hotel for two nights in just about £110.00. Travelling could cost you around £13.00 which comes with a 48-hour travel card.

Book a hotel in Tallinn.

A rarely talked about city, Valleta is the capital of a cute little nation on the Mediterranean Island, called Malta. The nation was modelled in the 1500s and the place is still adored for its architectural history. You can visit historic museums, lavish palaces and beyond bewitching churches.

Again, it happens to be one of the cheapest European cities- a cup of coffee comes as easy as £1.50. Beer lovers, smile because a bottle of beer is no more than £2.30. Move around the city with only £14.00 with a travel card. Not to mention, staying the night is also a relatively easy bargain. You would only need £110.00-£115.00 for two nights in a 3* accommodation. Seriously, get rolling!

Another gorgeous place that falls on the list of cheapest European cities is Portugal and it’s unbeatable coastal beauty. Portugal possesses a dominant presence in all of Europe which is why this place really doesn’t need much convincing. And of the best part, it’s not even heavy on the pocket.

Book a flight to Lisbon.

Greece in its totality is a historic nation with its legendary and celebrated history of empires gracing our textbooks since like forever. I mean come on, Europe is incomplete without Greece. Equally, Athens is the capital city and evidently the heart of Greece. Greece. Now, Athens has history written all over it as the city has landmarks dating as back as the 5th century. Yeah, that’s like visiting antiquity in reality!

Adventure In Athens In 3 Days!

We all have heard of this place in some song or in movies and rightly so, this place is astonishing. Prague is mostly known for its Old Town Square, multi-hued baroque buildings and the medieval Astronomical Clock. And, this picture perfect city is going to surprise you in the subtlest of ways. A coffee in Prague is around £2.00 and beer is even better almost £1.40. Travel with £8.30 in your card and stay two nights in Prague only for £95.00. Yes, my friend, you’re still in Europe.

Budapest is often regarded as the world’s second best city and Forbes listed Budapest as the 7th most peaceful European city. And, the icing on the cake is that it makes it to our list of cheapest European cities. Still wondering why people living in Budapest are always happy?

I am guessing because beer in Budapest costs only £1.50 and same goes for coffee. Not to mention, some £13 for conveyance with that travel card and approx £90.00 for staying two nights in a 3* hotel. Did you ever guess that Europe could be this easy on you?

Well, this brings us to the closure of our list of cheapest European cities that can be friendly with your pocket. Now, that you know where to go in Europe, I would to like assume you have your bags ready. See you next time. Until then, keep moving and keep creating stories. Chadar Trek: The Most Mind Numbing Experience You Could Ever Have
January 23, 2016 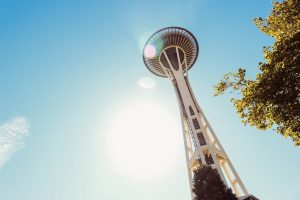 Charming Cities In America You Must Visit
May 16, 2016 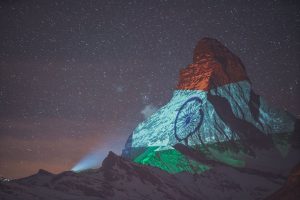 Matterhorn peak of Switzerland lights up with the Indian flag
April 18, 2020

Most Impressive Mountains Of The World
March 21, 2016