And it happened in the year 2014, when I randomly checked flight tickets and was amazed to see return ticket of Leh-Ladakh amounting to Rs. 5,250. (Hardly you get a nominal priced ticket for such an exotic place like Ladakh; I repent for not saving that ticket in my Travel Bag else could have posted here).

At that time, I realized that the most awaited moment has come to materialize my childhood dream of visiting the Cold White Desert – Leh-Ladakh.

And so a trip of 7 days to this enchanting place began !!

A tip for fellow travelers – always plan a trip to Ladakh keeping in mind to rest for one whole day so that you can acclimatize to the altitude level, else you will suffer from acute mountain sickness. You can easily get many hotels, guest houses, restaurants and resorts in Ladakh.

Most Offbeat Treks In India: Can’t Miss The Bottom Two! As per the plan, Day 1 (when we reached Leh) was completely dedicated to rest and relaxation and getting acclimatized to the high altitude. So effectively, we had to cover major spots in 6 days. We had planned for local sightseeing for Day 2 which left us quite exhausted by the end of the day.

Book a flight to Leh.

Its a nine-storey palace which has obvious history associated with it. We were charged entry fee of Rs. 15 per person. The palace is ruined from many places and its roof gives a majestic view of the Ladakh.

It’s a memorial maintained by Indian Army in the memory of the soldiers who lost their lives in the Indo-Pak wars.

You can gain a lot of information about the weapons used during the wars, Siachen Glacier, flora and fauna, animals found in Leh-Ladakh. Being a history lover, I spent a good time at this place and enjoyed it thoroughly.

Its a monastery well known for a giant copper with gold statue of seated Shakyamuni Buddha. This palace provides a panoramic view of the lush green valleys and a lake over there.

This place is reachable after climbing some good number of stairs which gave us a lesson that you should increase your stamina before coming to Leh LOL.. !! (Again, a tip to fellow travelers ;))

A very beautiful white – colored domed shaped ancient structure which gives you an alluring view when it is flooded with light during night.

Day 3 began loaded with a splash of thrill and adventure when we hired bikes for the whole day (Since, we could not opt for Bike Trip to Leh-Ladakh).

A mysterious place where we pulled over our bikes to see whether they run at neutral mode or not. And the magic worked.. !! We enjoyed trying, testing and verifying the natural optical illusion behind the Magnetic Hill and the rare phenomenon left us astonished.

Book a hotel in Leh.

Confluence of Zanskar and Indus Rivers

Ladakh offers an explicit view of sangam of two rivers – Greenish blue Indus River and muddy brown Zanskar River. We were lucky to see a clear thin line of the water of both the rivers which meet  gracefully but do not merge.

This arid heaven is full of monasteries and stupas. One of them is Hemis Monastery which provided a strange peace to the soul. Bollywood movie ‘Three Idiots’ instilled into us a strong desire to visit Rancho School, so we went off the route just to click Pee Pose there.. LOL.. !!

Since day 3 went so well, Day 4 morning, we were all stoked with excitement and indeed, it became a memorable day in the whole trip.

A truly heavenly place which will induce you to click a number of pictures of the scenic views, deep blue sky, placid water and the high snow covered mountains. Your eyes would get swollen of the shimmering endless lake water but you could not resist yourself to miss it for a fraction of a second.

This place requires permits to visit. You need to cross Changla Pass to reach Pangong Lake which rests at 17688 ft above sea level.

Luckily we got to see a cute little creature called Marmot and clicked some snaps with it. Pangong Lake gets freezes in the winter season and offers sports activities at that time.

On the way to Pangong Lake, a strange valley came. Locals call it ‘Paagal Naala’ because as per them, water flows into that area anytime from anywhere, but the source is unidentified yet. Isn’t it strange ? But it is true.. !!

8 Road Trips In India You Must Take To Unwind!

After a long to and fro journey to Pangong Lake, we all were hell tired but yet the paradise on earth was calling out to us, so, we started Day 5 with more zeal and temptation to experience the high altitude desert.

I hail from Rajasthan and have obviously seen sand dunes and the hot desert but could not have ever imagined that I will get a chance to twinkle my eyes with white sand dunes and a cold desert at an altitude over 10, 000 ft.

Nubra is all about a plain white desert (actually Grey colored Desert), gushy water of Shyok River which later merges into the Nubra river and leaves for Pakistan,

Fun fact: Double – humped camels also called Bactrian Camels brought from Mongolia can be spotted all over in the valley and they can survive only in Leh-Ladakh in India.

Greatest achievement during the trip was to touch the highest motor-able road at Khardung La Pass which is at 18380 ft. (comes on the way to Nubra). It is highly recommended not to stay at this place for more than 15-20 minutes because of its high altitude.

Second achievement, for me at least, was to see the glacier and the snowfall (I get filmy thinking playing with snowballs under snowfall ;)). And the third achievement was to see the highest Buddha Statue in the Diskit Monastery (enroute Nubra). Permits are required to visit this place again. Because of shortage of time, we could not spend a night at Nubra and missed a rare view of twinkling million of stars in front of your eyes at a minimal height. Poor us.. !! 🙁 Don’t commit the same mistake!

We were not at all willing to get up early in the morning of Day 6 because of tiredness and the long distance of Tso Moriri Lake (Holy Crap.. !! 250 Kms way from main Leh city) but we had to (Thank God.. !! We did not drop or plan to visit Tso Moriri Lale else would have missed nature’s one of the best beauty).

Tso Moriri is a high altitude lake on the plains. Roads to this lake is highly rocky and uneven whose ups and downs almost dropped us dead. After so many jerks and jolts, our eyes felt relieved from the picturesque views of the emerald colored Tso Kyogar Lake and the purple mountains (Literally they were in purple color as if some artist has painted them beautifully).

We have been hungry for greenery all this while; finally after 5 long days, we saw lovely Barley fields and lush green plains.

It was a bliss watching such an enormous lake surrounded by high peaks of mountains, white blue clear clouds and the green plains. We felt like we just arrived to another world altogether because generally people avoid going there because of its long distance.

Always expect the unexpected. And so this place welcomed us with many surprises in the form of white horses, some unique birds, many hot and cold water springs and the bridge where a scene from the bollywood movie ‘Jab Tak Hain Jaan’ was shot.

Time flied and the day came when we had to leave Ladakh forreturning to Delhi. Its beauty left us spellbound and infused hunger in our hearts to explore, to love and to appreciate the nature more and more. We were back with a bag full of memories, eyes full of a new spark and a camera full of a thousands of pictures.

So you too dream, pack your bags, take your camera, explore and get Leh’ed.. !! 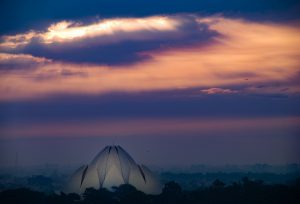