As Indians, we’re in sync with the knowledge that there are several festivals out there. Running down streets with colours and water balloons, lighting up the skies with fireworks, coming together in the remembrance of influential entities,  celebrating triumph, mourning loss, celebrating birth and rebirth. We’re a land of immense diversity. Yet, there are certain festivals around the world that we aren’t aware of.
These festivals are unique, breathtaking and one of a kind and that is why it becomes necessary for you to know about them. Moreover, some of them are so quirky, that you really need to witness them to believe them.
Thus, here are unique festivals from around the world, 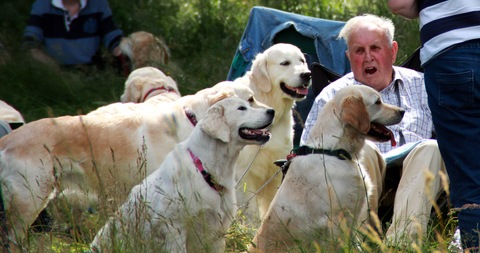 Referred to as the world’s happiest place and rightly so, the festival is run by the Golden Retriever Club of Scotland and held at the ancestral home of the breed. From dog shows to a dog tea party, this festival is celebrated in a bid to celebrate the enduring bond between golden retrievers and their human pals. The club first held such an event in 2006 to commemorate the 50th anniversary of the organization, and 188 goldens showed up from around the world, at the time, the largest group ever photographed in one place. 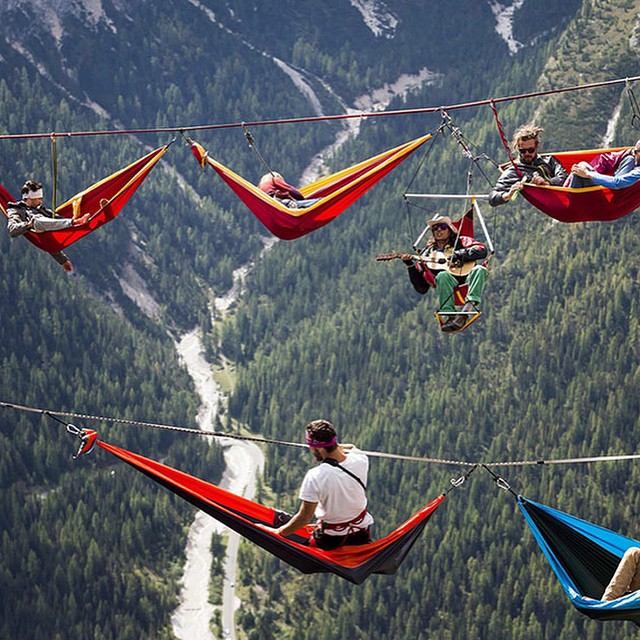 Suspended hundreds of feet above the ground with the Alps on all four sides, this is a festival that challenges all boundaries of extremities. Those who attend this festival challenge gravity and attain the status of being true bravehearts by sleeping on hammocks tied to slacklines suspended between mountains! Other than these hammocks, there are jam sessions, eating counters and yoga workshops. Pretty cool, eh? 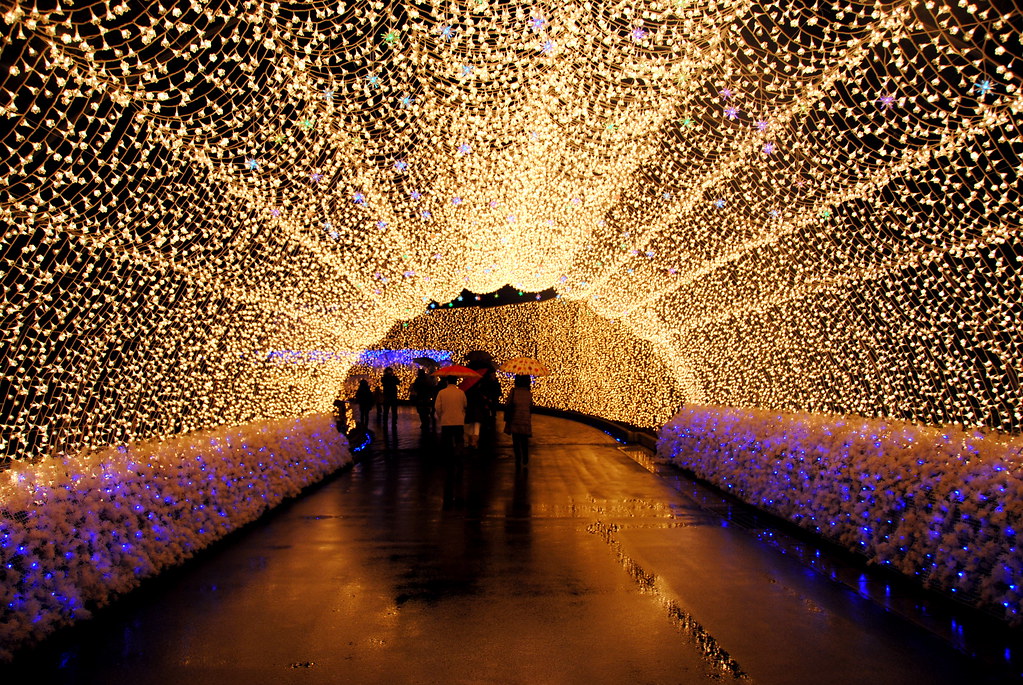 In Kuwana city, Nabana No Sato, a flower-focused park features sprawling gardens and giant greenhouses. During the winters, the park is illuminated with lights and winter is celebrated with a douse of light and magic. The park also features an onsen (hot spring) and a variety of restaurants including the Nagashima Beer Garden. 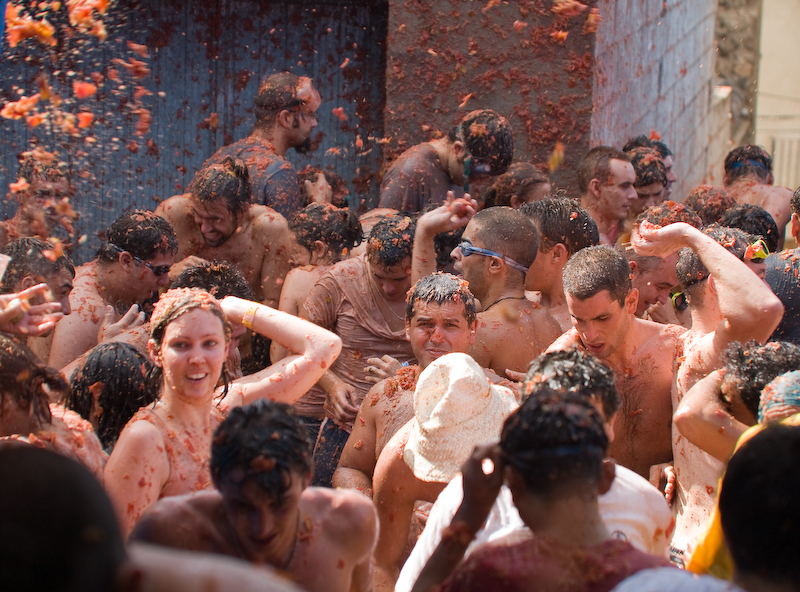 This is one festival that is immortalised in almost every Bucket list. With Zindagi Na Milegi Dobara, opening a visual promise to what this crazy festival holds in store for you, La Tomatina is considered to be the “World’s biggest food fight!” So are you ready to be tomatoed? 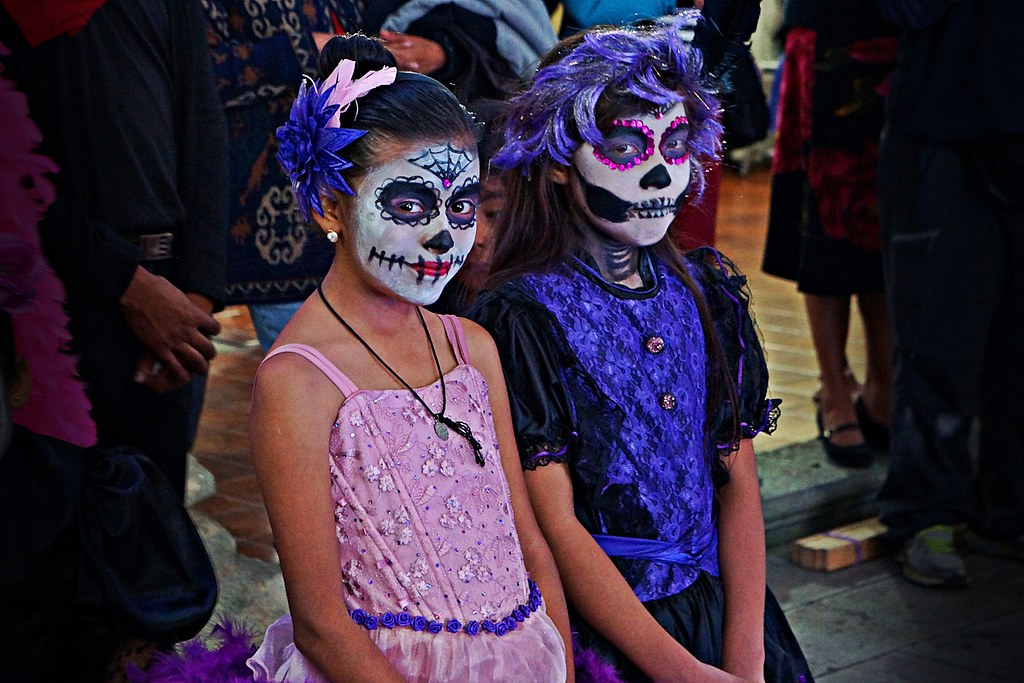 Dia De Los Muertos- the Day of the Dead. For many, the experience of losing a loved one is a private practice. For Mexicans, however, death is a fact of life, celebrated through a dedication to the deceased.  Mexican families throw a feast and invite the dead over for dinner. Altars are built, processions held, spirits invited. In death, the Mexicans find liberation. 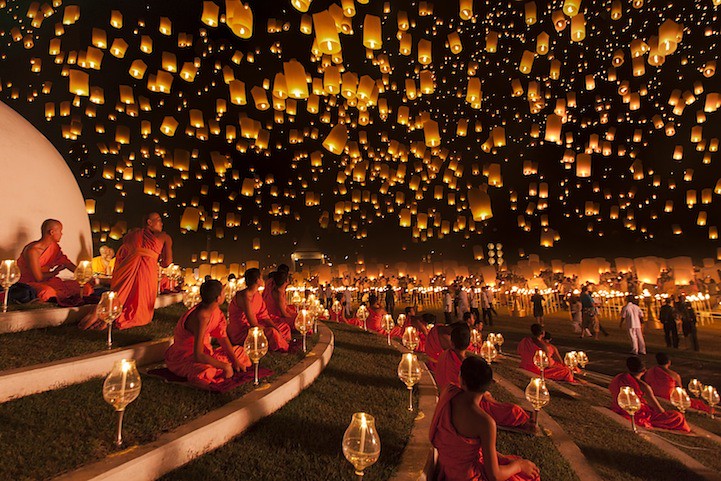 The biggest Yi Peng celebration happens near the northern Thai town of Chiang Mai because that was the ancient capital of the former Lanna kingdom, in which Yi Peng originated. Originated from Brahmanic practices but adapted further by Buddhists as a way to ward off personal demons and negativity. A dark night sky in one blink illuminates into a dream. A once in a lifetime vision to behold, don’t you think? 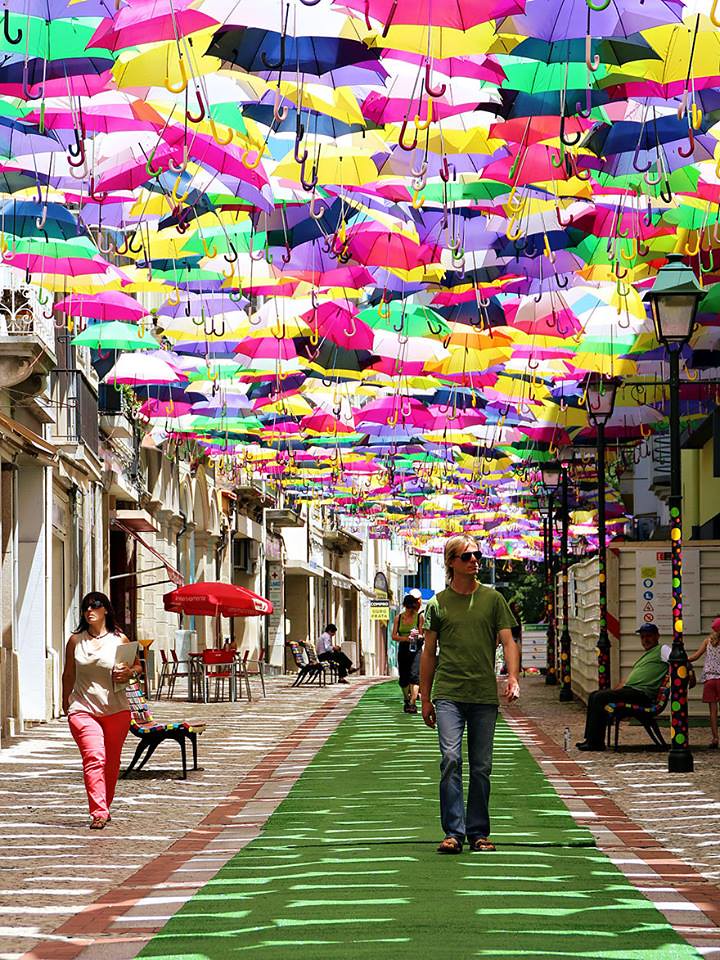 Floating umbrellas, a conscious effort in elevating the artistic landscape, a remarkable line up of musicians and artists and talent workshops. The festival’s mission is rooted not only on presenting established artists but also on the promotion of new musical projects while organising “Talentos AgitÁgueda”, a competition aimed at promoting the participation of new Portuguese talent. 5 Amazing Train Journeys To Take At Least Once !