Why Brussels Needs To Be On Your Bucket List!

Belgium, the heart of the European Union, has in its midst a quirky sense of humour and a capital that thrives on eccentricity. A commingling of histories, one can imagine Brussels skipping stones on water, and grinning widely. Often ignored for other major cities on the continent, there’s a lot that one can discover in Brussels, that often goes unnoticed.

Why should it be a part of your bucket list? Here’s why!

Brussels is a city that you can see on foot, totally!

With a mix of transportation systems like trams and buses here and there, in addition to walking, there are not many things that you can leave untouched, if you decide so.

The most interesting aspect of the city, is the transportation system in itself. You need one ticket, that is valid for an hour to use the tram lines and bus services.
Here’s a nugget of disclaimer: There are two bus systems that run in the city. One is the Brussels city bus service and one is the de-lijn bus service. The ticket which you buy can only work for the city services and not the de-lijn. Thus, it’s recommended that you buy the tickets from the driver or ask someone before you do. 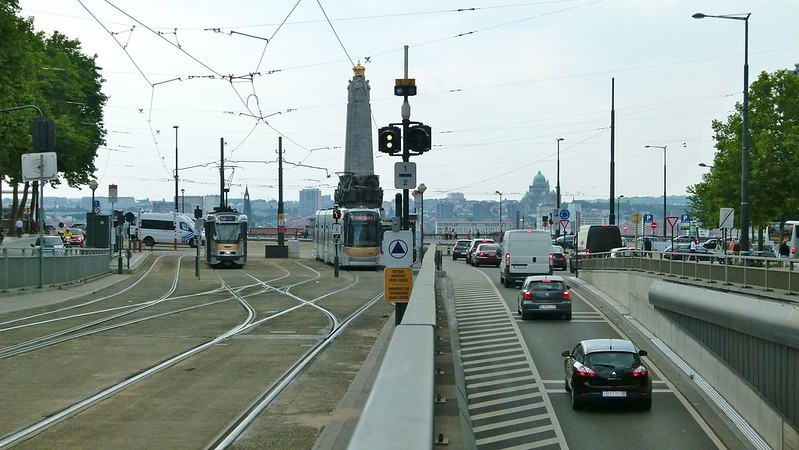 It is however, more fun and experiential to walk on foot and see the sites that Brussels has to offer.
It’s advisable to make a mental note of how you’ll be venturing out into the city, as you would for any unknown city, with Brussels, there’s an added plus.

The added plus= treasure hunt

It’s important to not forget its eccentricity. The city thrives on inside knowledge and its quirky humour. If you were to go to Brussels, a very famous go to site would be that of the Manneken Pis. Manneken Pis, is literally a boy peeing. It’s a fountain, which attracts tons of people from all over the world, and makes one wonder as to ‘why’ it’s so popular. 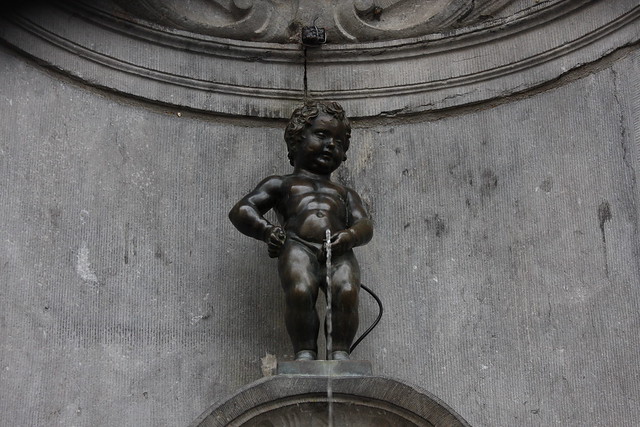 Even Mr. Bean, has something to say: But here’s where the fun actually begins. There isn’t just one of them! There is Jeanekke Pis, a girl peeing and Zinneke pis, which is a dog in the throes of urinary dispelling. Finding Manneken Pis is easy. But finding Jeanekke Pis? Game on.

Here’s another nugget of super important info: Around Manneken Pis, you’ll find lovely waffles and just for one euro!

Book a flight to Brussels.

Moreover, the added plus of walking and exploring Brussels is that you’d find interesting graffiti, random statues and medieval houses peppered around the city (hint: The city centre), and they’re so randomly sprinkled here and there that it makes you really wonder. Are they really random or is there something that we don’t know? 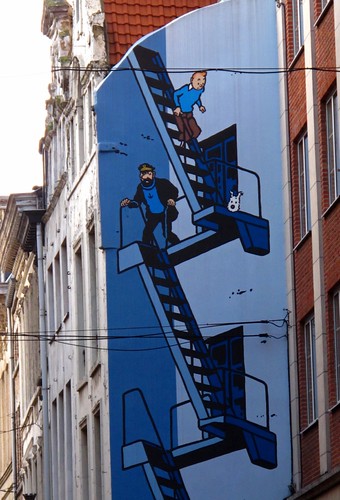 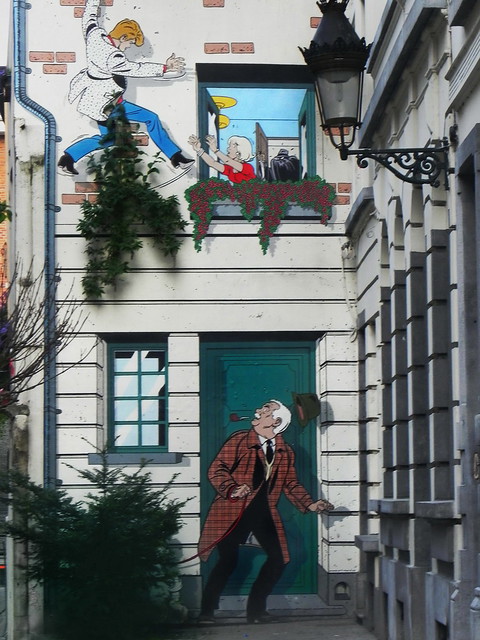 A chunk of outsider knowledge: Hunt them in supermarkets as they are pretty good and cheaper! 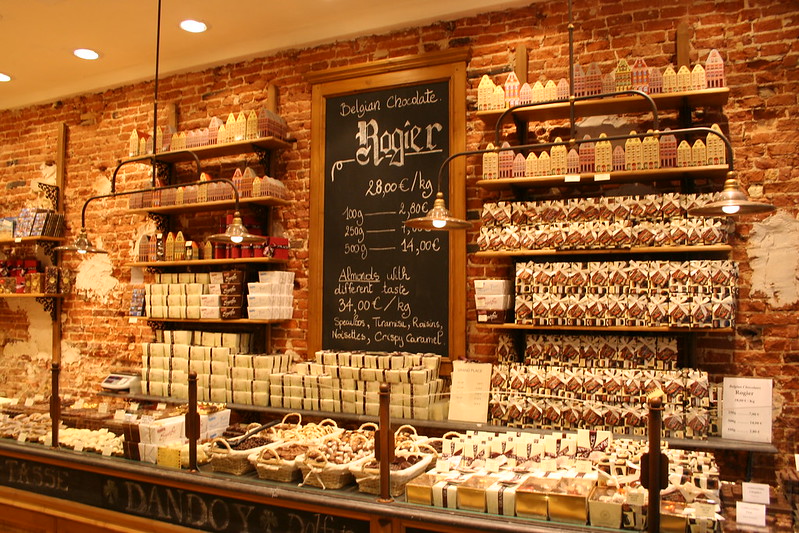 It seems like an oddity, especially compared to the quintessential Indian palate. But a jump into the safe warmth of Frites and mayonnaise is worth remembrance and reverence. 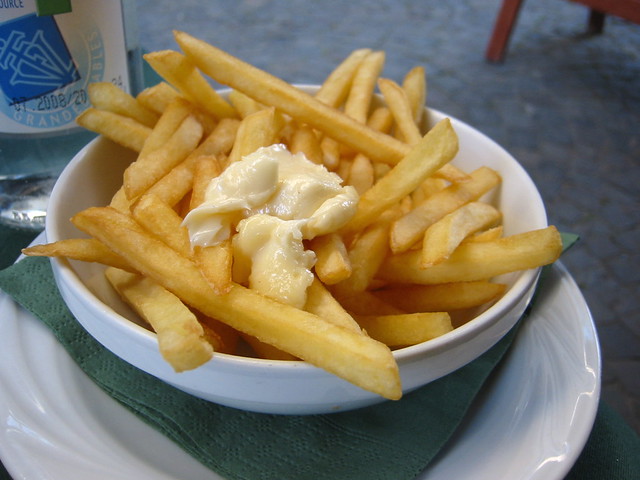 Did you know that Belgian is considered to be one of the best beers in the whole world? Did you also know that every beer has a specific container for it, depending upon its flavour combinations, intensity and composition? 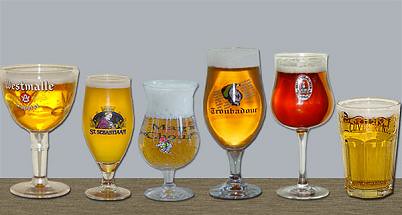 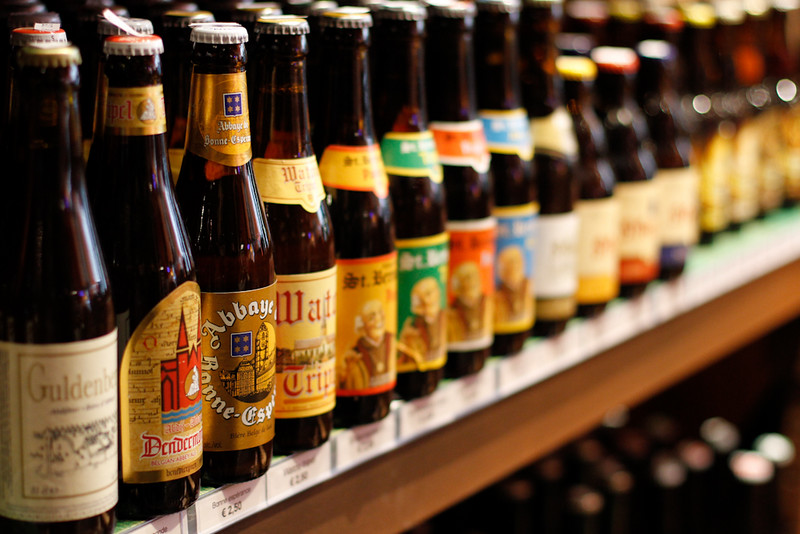 Book a hotel in Brussels.

The duality and history

Historically, Brussels is a Flemish (Dutch speaking) city, and yet since the 19th century, there was a shift towards French. Today, the French speaking community has become a majority. It is now officially a bilingual conclave and to keep up with that, all signs in Brussels are written in French as well Flemish.

Moreover, to understand the history of Brussels is another fun exercise that you can indulge in, starting with the now underground remains of Coudenberg palace.

Other places that could add fun to your Brussels trip- So, can Brussels be the beginning of your next story? 5 Thrilling Amusement Parks from Around the World My First Ever Chadar Trek Experience!