Many don’t know this but Hamburg is actually the second-largest city in Germany. Known for its vivacious and the serene canals, it is one of the most affluent cities of Europe. With a colourful nightlife, cuisine, plate of business opportunities, it constantly ranks as one of the most livable cities on the planet. Here’s how you can make the best of of your time there. 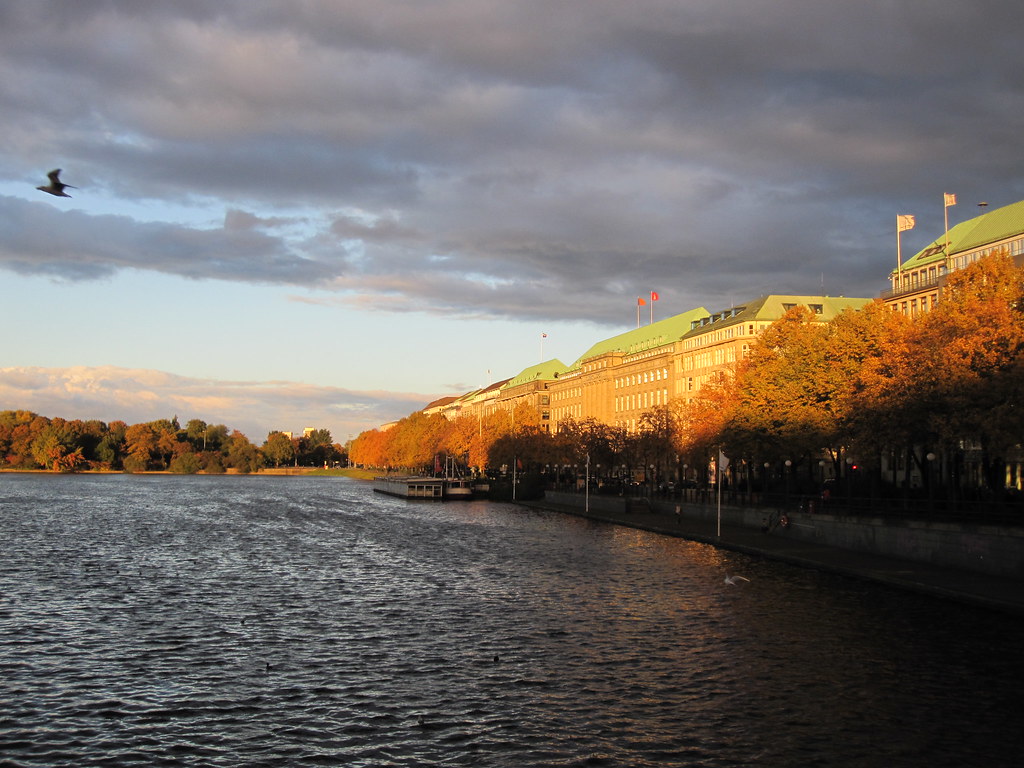 As I mentioned, the city is abound with water bodies, including two breathtaking artificial lakes called Binnenalster and AuBenalster. Best time to visit Hamburg would be in the summer months of July/August as the bright sunshine facilitates excellent weather for outdoor activities but if you happen to travel through Germany during September, be sure to attend the Alstervergnügen street fair held in the month of September every year where there is a wide variety of food, drink, games and music performances. Additionally, the AuBenalster hosts the Japanese Cherry Blossom festival every May. For people who prefer water activities, the AuBenalster also makes available for people activities such as sailing and rowing with a number of local clubs attached nearby. The parks laid by the lakes also provide ideal ground for jogging or simply relaxing. 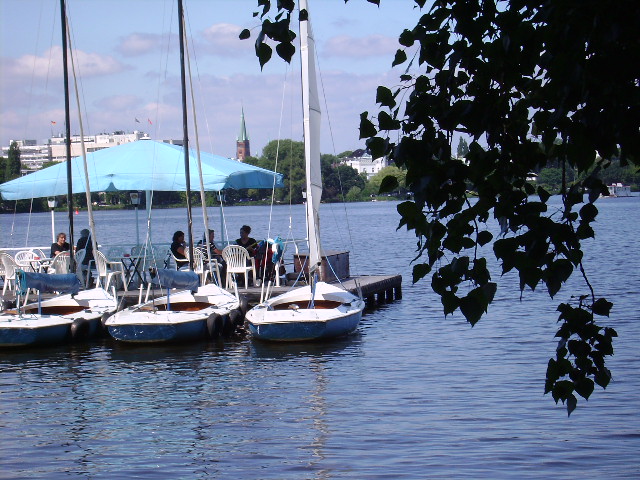 As you’re walking by the Hamburg Harbour, taking in the spate of boats and seagulls that enliven the calm waters, why not have a meal at one of the many seafood restaurants by the docks? Like Die Bank or Brücke 10, who offer the best there is in seafood, especially the fish rolls made of local catch. After lunch, head to the St. Pauli Piers, just by the Port of Hamburg. Take yourself and your full stomach along a stroll within a historically-significant area with attractive buildings such as the Landungsbrücken and eventually lead yourself to the warehouse district of Speicherstadt. Not only will the walk intimate you to the freshness of the river besides you but also with the classic architectural elements that defines the city. 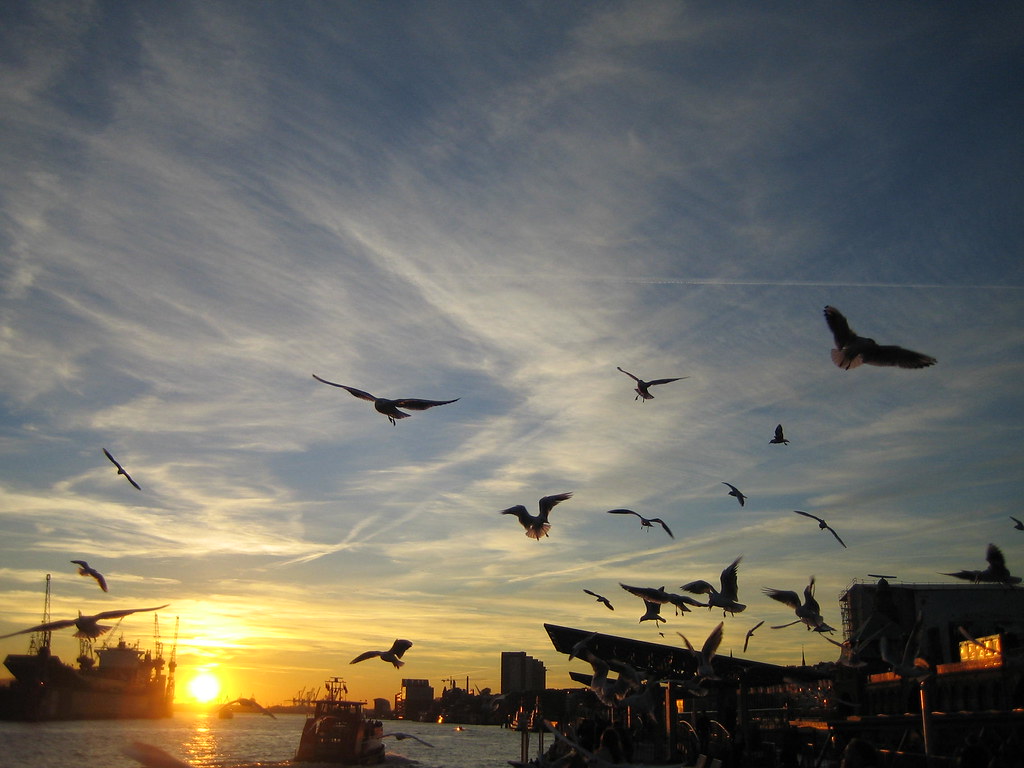 In the evening, be sure to the visit Planten un Blomen, which in English, translates to Plants and Flowers. Not only is it a lovely garden in which one can picnic or walk or repose by the trees and the plants, it also proffers water-light displays, theatre performances and the like. To top off such a wonderful first day, please conclude your day at the neighbourhood of Schanzenviertel, where one of a number of trendy, diverse restaurants will certainly fill your appetite and your heart with one of its hearty and interesting meals. A personal recommendation is the restaurant Schlachterbörse, what with its cozy, wooden decor. 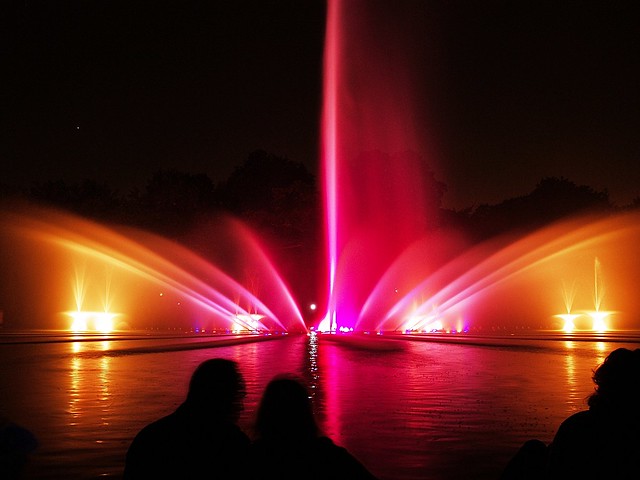 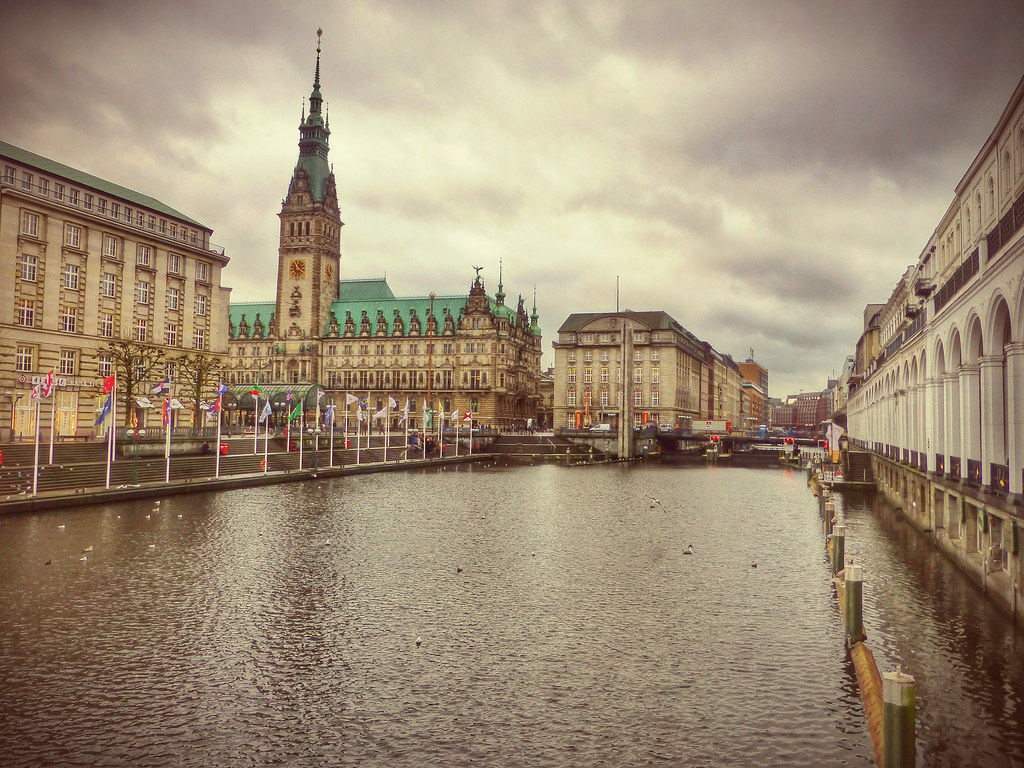 The town hall of Hamburg, also known as the Hamburg Rathaus, is not only a masterpiece in terms of the aesthetic detail but a prominent building in the government of the state. Its green roof and clock tower is sure to capture the attention of any sightseer but also its pristine rooms inside has also said to attract tons of tourist wanting to connect with its history. Also spend a considerable amount of time in the square next to it, the Rathausmarkt, in order to feel the energy around the area. 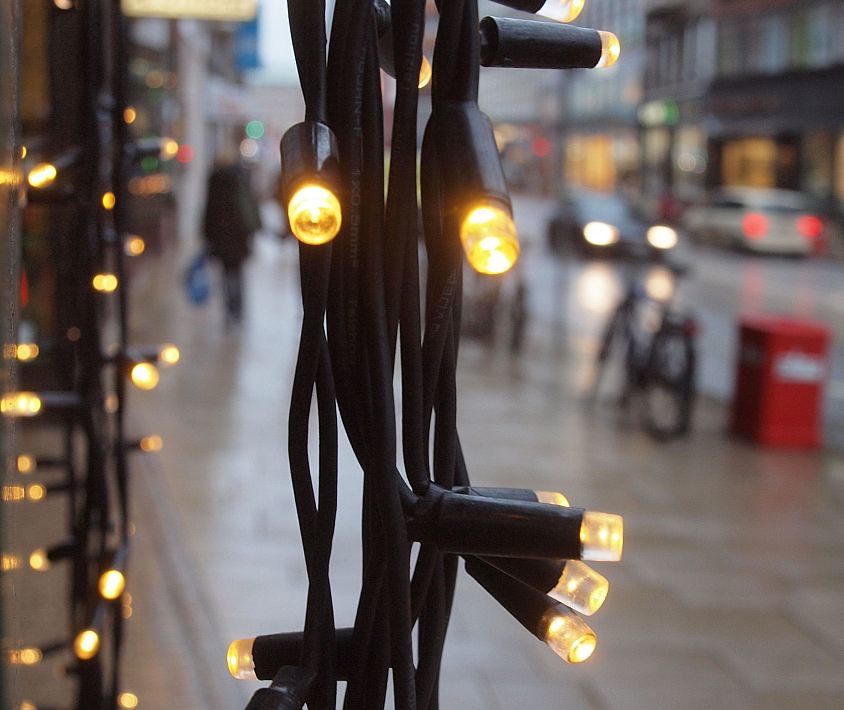 Venture into the Heart of Hamburg, the Jungfernstieg area in which you can certainly find a restaurant of your choosing for the afternoon. For those who want to dabble in shopping early on, promenade along the Europa Passage where the global brands have set up shop. Also a stroll along the Kennedy Bridge will depict a dazzling city center that should give an idea to any passing walker about the atmosphere in which the city thrives. 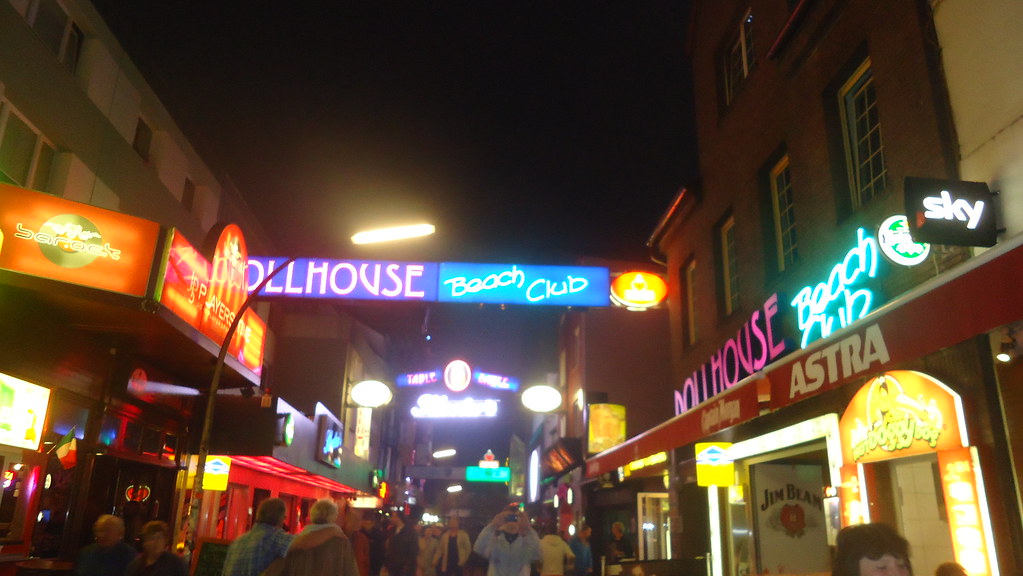 Of course, the nightlife of a city should always be a talking point when trying to market it towards travelers. The hub of Hamburg lies in the streets of Reeperbahn, where a motley of restaurants, bars, pubs and other adult entertainment sites attract the adventurous along with their friends. Well-lit, lively, it’s for those who want to unwind after a long day yet have enough energy to dance and have a good time. There is also an electric choice of music and dance theaters. 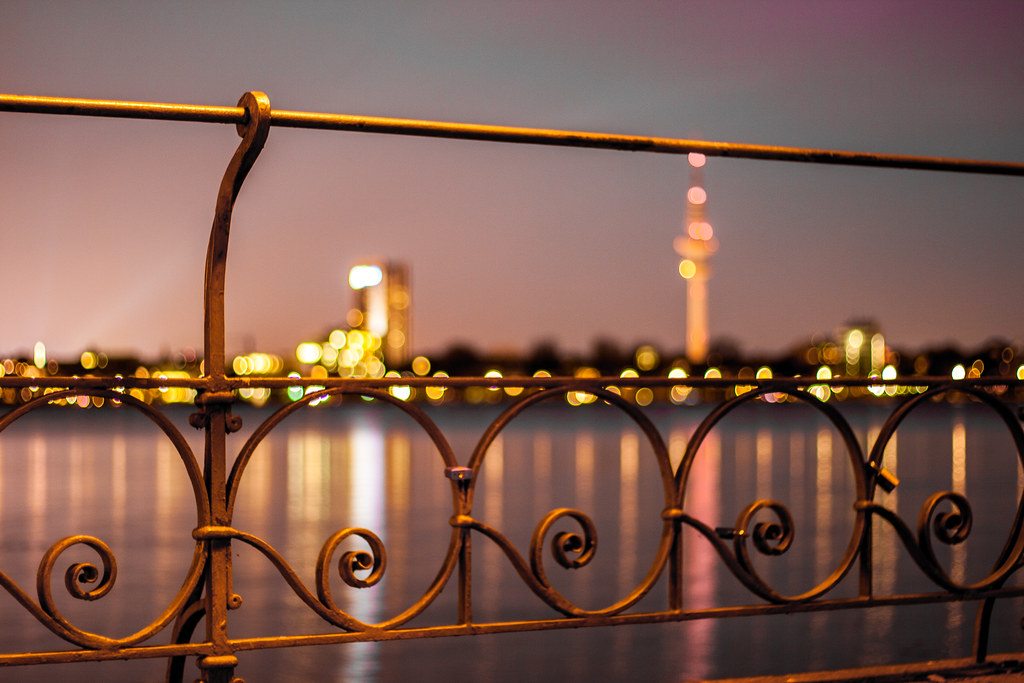 Start the morning by going to the local Hamburg Fish market, as it is one of the most popular, busiest fish markets in the world. Hamburg has become somewhat of a paradise for seafood lovers and it is none so more evident than the roaring crowd that gathers in the market every day. Have breakfast at Fischauktionshalle, that, if you had not guessed already, prepares some delicious meals for seafood lovers or otherwise. 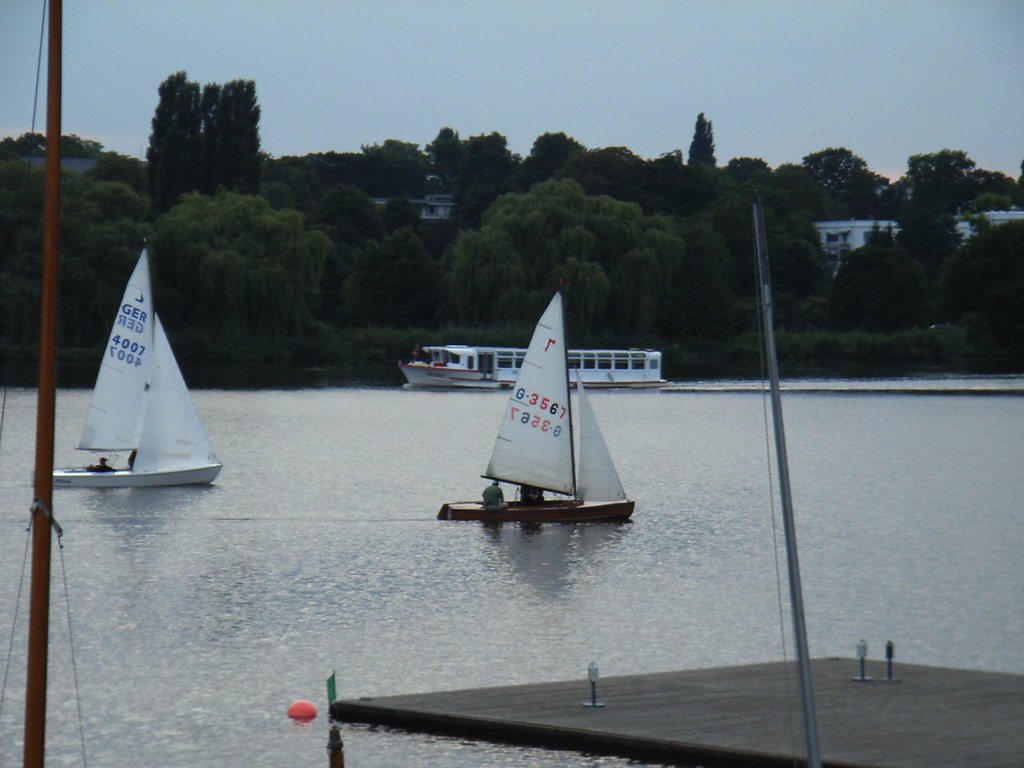 Spend a few hours by the shores of the Lake Alster. It is a tame, slow-flowing river that remains untouched by the bustle of humans and ideal for those who wish to marvel at the water. Then go to the Miniatur Wunderland, the gorgeous railway exhibit, the largest of its kind in the world. For those who have always wonder how trains are made and wanted to see models of trains lying about in the middle of the buildings, this is the place for you. Have your lunch and afternoon leisure time at the Strand Pauli, a breezy beach bar by the docks, where you can bask yourself under the sun in a lounge chair and treat yourself to cool drinks. 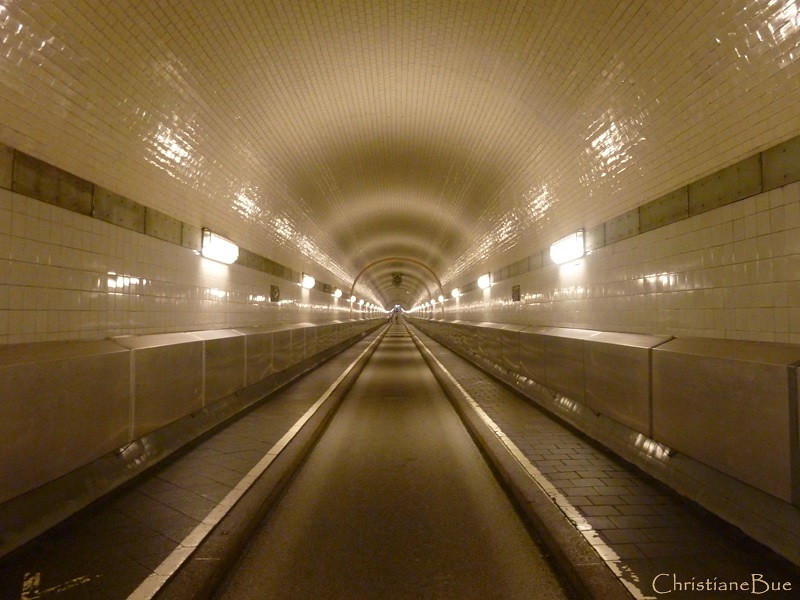 Conclude your day by mincing down the Old Elbe Tunnel. Without the madness of vehicular noise, it is such a soothing experience as the lights of the tunnel form a glow to be cherished by all pedestrians. It also had numerous art exhibitions throughout the year. Enjoy a classic German dinner at the Krug, where you can consume some healthy, Southern-style German cuisine. 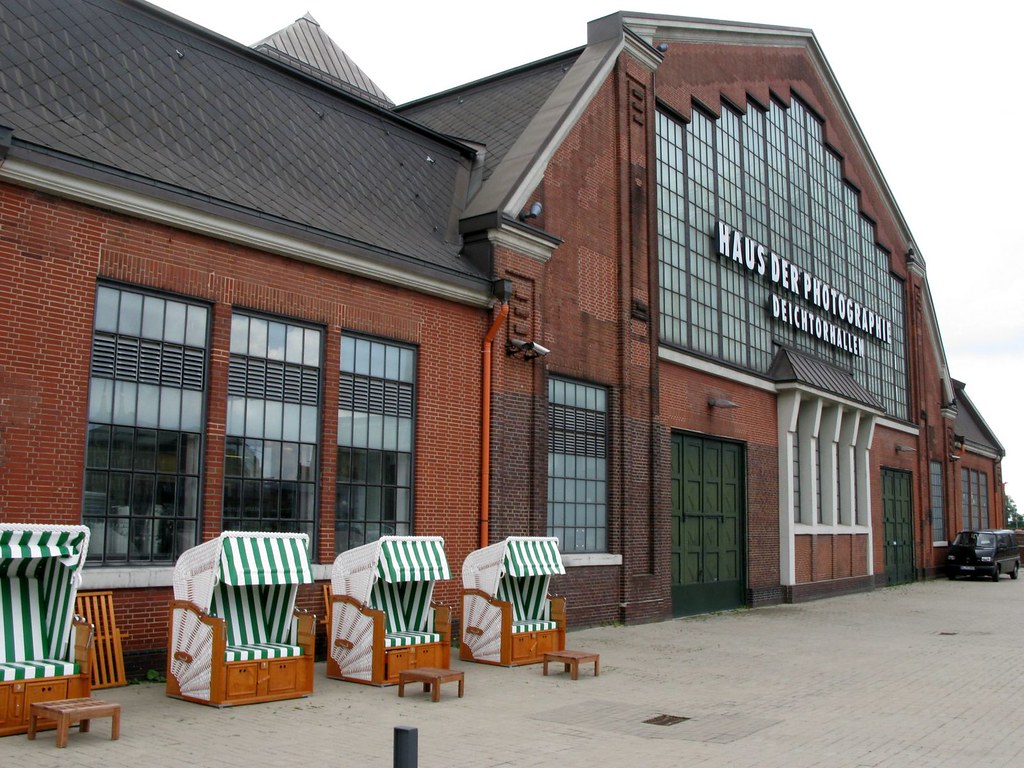 Begin your last day at Hamburg with a tour of the Deichtorhallen, a contemporary art and photography center where you can marvel at displays from the finest, artistic minds of Germany. Mark off another architectural site by visiting the St. Michael’s Church, Hamburg. But don’t just marvel at it, climb up along the church towards the roof where an extraordinary view of the city awaits you and your eager quest for beauty. Its baroque spire has become a highlight of the city. 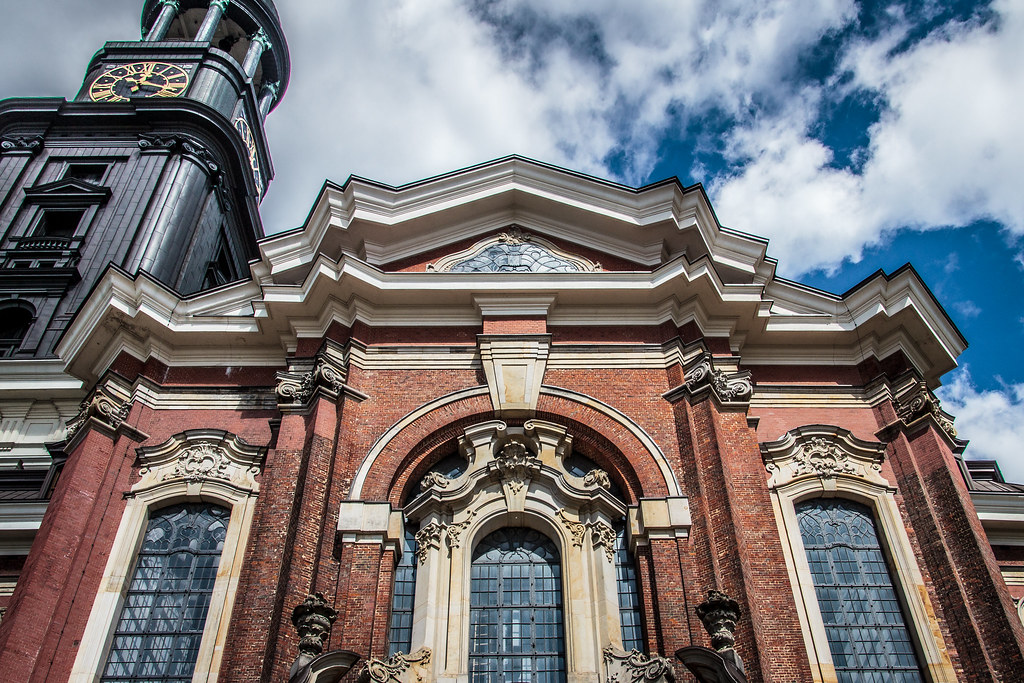 Perhaps go for an easy afternoon at one of the many parks adorning the city, such as the Elbpark, from where you can watch the ships and the boats streaming across the Elbe river. I would recommend having dinner at the iconic Schanzen district, where you will be fortunate to meet interesting personalities, both local and tourists. There is nothing like learning about a city through the people who inhabit it.