The Five Most Exquisite Gardens in the World

As creatures of nature, we are all amused by the decadence of flora in the world, whether it be trees, shrubs, or the flower vase set at the corner of our room. There is perhaps a garden or a park in every conceivable city out there that is visited by the locals and tourists alike every time they wish to relax or lose themselves in the wonder of nature. But then there are also gardens scattered across the world that are so well-maintained and gorgeous that they deserve noteworthy mention on their own merit. 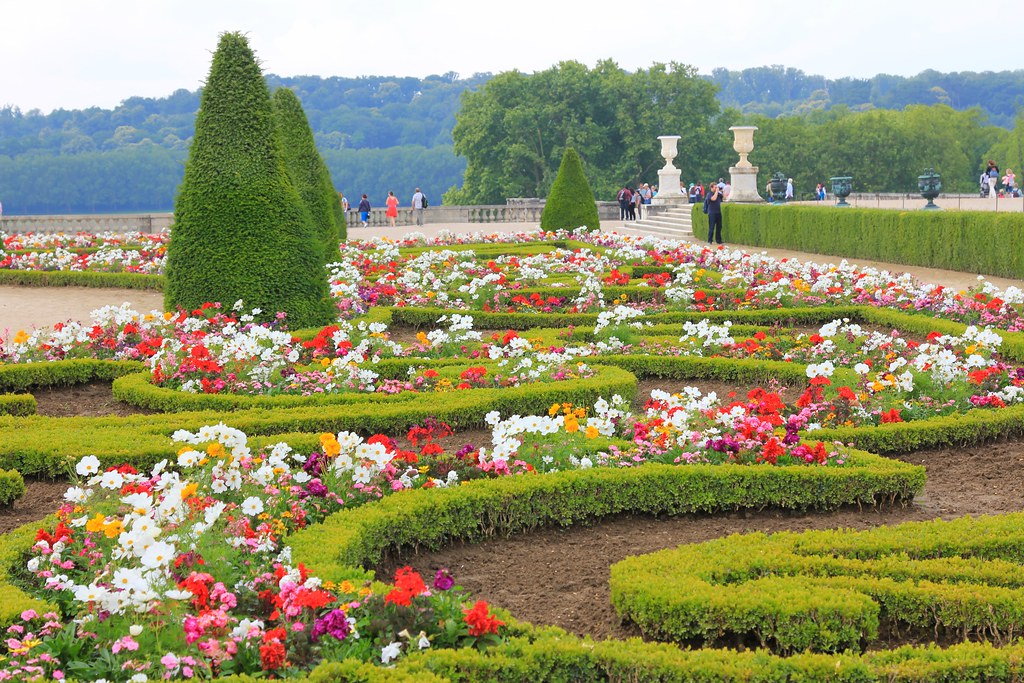 You might have heard of this one, considering it is set by one of the most historically-significant structures in the world: The Versailles Palace. The garden is styled according to the French landscape manner, spearheaded by Andre le Notre. It consists of delicately clipped lawns, beds and layers of flowers and sculptures and fountains that keep the environment vivacious. Additionally, the architecture of the palace is another treat to the eyes! Walking by the shrubs, along the cobbled floor, the area is over 800 hectares and I’m sure every step is worth it.

Located near Victoria in the Vancouver Islands, this set of floral display is internally renowned for the diversity of flora it maintains in its gardens. Its construction has Italian and Japanese influences, its multicultural values depicted through the various arrangement styles. It remains illuminated during the night and the snaking paths along the garden keep its visitors drowned in the greenery of the garden. Numerous bronze statues have been planted among the garden, each telling a story, such as the One and the Circle of Doves. Ancillary structures in the garden include the Rose Carousel and the Children’s Pavilion.

Gardens By The Bay, Singapore 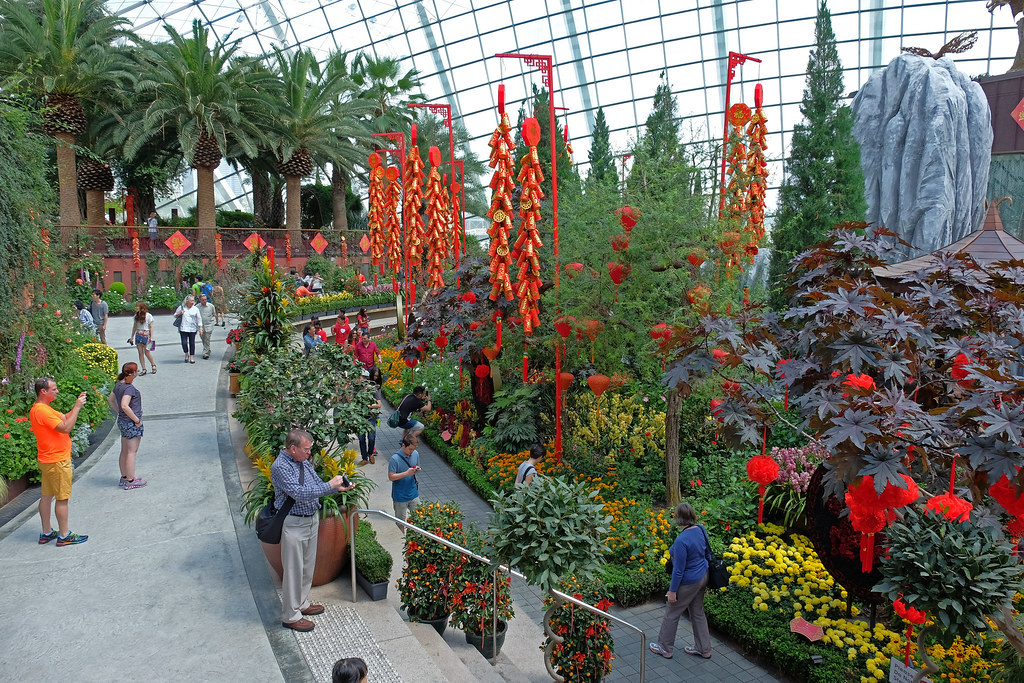 A self-described ‘nature park’, the Garden by the Bay was an initiative by the local government to construct a recreational space that was to exhibit a City within a Garden. It consists of three gardens, Bay South Garden, the Bay East Garden and the Bay Central garden. So elaborately were they planned that the gardens in the Bay East are shaped like leafs and prepared with its own landscape, theme and character. In the Bay South, there are conservatories that are said to recreate certain ecological environments: The Flower Dome mimics the Mediterranean flora and fauna, with the same flowers, climate and even an olive grove that is popular in the Mediterranean islands. Other gardens include the Cloud Forest, Supertree Grove and the Children’s Gardens, among others. 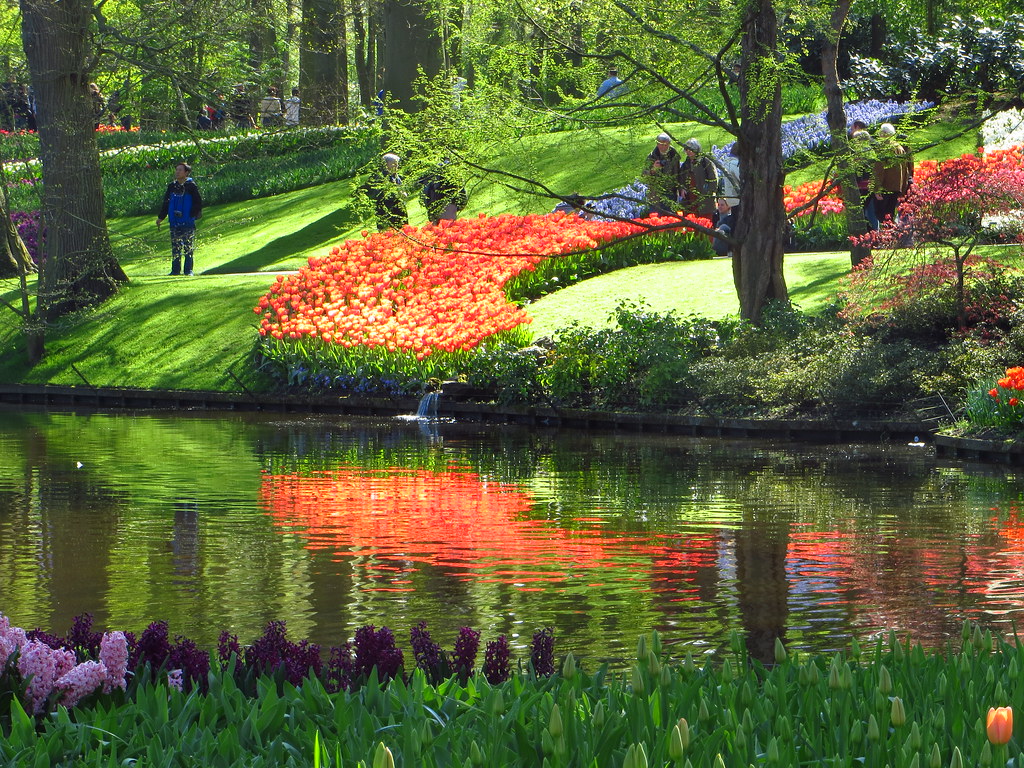 Known as the Garden of Europe, Keukenhof Gardens is a destination of sorts for spring tourism. With more than 7 million bulbs and over 800 varieties of tulips strewn across the garden, one can easily perceive the garden as a haven for tulips. The garden is also styled from different cultures such as the English landscape, with winding paths and unexpected see-through points as well as a Japanese garden. It also has a river flowing through, making the reflections of the garden shine through the water, completing the visual journey a traveler might experience in the garden.

The Garden of Ninfa celebrates the ancient settlement of Ninfa through the ruins around which the garden has been built. The remnants of the Church of Santa Maria Maggiore gives it a historical touch among the trees, bushes and moss that thrive in the garden. Looking like a medieval town in Rome, it is nature at its best, as it does not require meticulous maintenance. It is best experienced as a raw, unbridled exhibit of nature at its most free. It’s often called the World’s Most Romantic Garden, none more so evident by the bridges and springs pocketed inside the garden. Beyond by Sula, Nashik: A Slice of Paradise.