Mauritius: A Haven in Blue – I

The steward showed me my window seat in the Air Mauritius aircraft, and, with the most polite smile, asked, “Est-ce que vous voulez de l’eau?”, before apologetically switching to English after the puzzled look on my face.

And like that, right from the very beginning, my vacation to Mauritius was very French, and full of kindness. Ibn Battuta says, ‘Travelling leaves you speechless, then turns you into a storyteller’, and he couldn’t have been more right. For I was surprisingly lost for words, and truly awed, with the breathtaking beauty that this little African island was.

Indeed, as you give yourself completely to the realms of nature, everything you’ve ever experienced seems inconsequential, and everything around surrounds you, and engulfs you till you being questioning your existence. Yogis must experience something along these lines on their path to enlightenment, I mused. This is the power of nature.

The six weeks that I spent in Mauritius were a time of many firsts for me. Being in the Southern Hemisphere, the prospect of experiencing winter in the months of June and July was a curiously unconventional experience, for even though I had read about it in school, actually living it is something entirely different. From the very first step that I trod on African soil, the learned intuitive element in me told me Mauritius was going to be crazy! 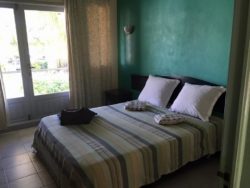 AIESEC is an international youth-run organization that facilitates international internships and exchanges in over one hundred and twenty-six countries, and my trip to Mauritius was also a summer internship. It was for this reason that I ended up living in the same house as an American girl, two British boys and a young chap from Singapore. This bungalow was situated in Flic en Flac, the west coast of the island, and a five minute walk from the beach. Living together with seven other teenagers taught me a lot about communication, self-control and adjustment. I did my own laundry, and did my own grocery shopping. I was even forced to cook on my own, and even though I would usually end up having frozen foods for dinner, it also pushed me to make an omelette one fine morning. On days when laziness got the better side of me, we would explore around and eat in the restaurants, most of which faced the beach. The food was quite costly, each meal would cost me around three hundred to four hundred Mauritian rupees, which sums up to around six hundred to eight hundred Indian rupees.

The beaches in Mauritius are very different from the ones we usually come across in India – Flic en Flac beach harbored the bluest waters, with just a dab of turquoise that reflected the brightest sunshine off of its soothing surface. I spent the first couple of hours just sitting, facing the endless skies, my hands absentmindedly caressing the soft golden sand that seemed to surround me, ornamented with seashells of color here and there. The white, puffy clouds lazily moved past the sun, creating episodes of light and shade every few minutes. The winds played softly with my hair, and the shallow waters, that flirted with the shore in waves of blue. The roads in Mauritius

The roads in Mauritius followed the British system, with motorways and roundabouts and the hard shoulder by the side. The gullies in townships twisted and turned and emerged into broader streets, before dissolving back into thin alleys. And along these alleys and gullies were all the houses and shops, none of them more than three floors tall, so that I had the widest view of the skies – one could spot an approaching storm from miles away. There were numerous five star hotels that claimed the best parts of the beach and turned them into recreational areas. I managed to sneak into one of them quite efficiently, but I’ll elaborate on that a little later. There were also numerous fast food stalls, which sold fresh hot dogs, burgers, sandwiches and cuisine of the poisson which you could buy on the go and eat while enjoying the view of the beach. A roti stand was also present that seemed to be a hit among the tourists there, and quite deservingly so. As I munched on the delicious roti, subconsciously admiring the various sauces, gravies and spices that worked in combination to provide the surreal savory taste, I went through the small menu, which read, ‘roti de poulet, roti de poisson, roti de jambon’, and a few other French dishes that I was determined to try.

I noticed quite a few stray dogs aimlessly roaming on the streets, a common sight in India, but something that the Americans and Europeans couldn’t bear to digest – how is it possible that none of these cute little dogs have homes to return to? I was quite amused at their concern really, but one couldn’t blame them – there are practically no stray dogs on American roads. The native population mainly spoke to each other in creole, a regional dialect of French, although most of the literate ones also knew French quite fluently. Surprisingly, a lot of supermarkets played Hindi songs in a mixture with English and French, even though no one seemed to know the language at all.

Road transport in Mauritius was costlier than the transport in Mumbai, where I live. The taxis charge as much as seven hundred Mauritian rupees even for short distances, especially if one appears to be a clueless tourist. Seven hundred Mauritian rupees is approximately fourteen hundred Indian rupees, and that is not a small amount. The public buses are much cheaper in comparison, though old and rusty. Road travel on the island was one of the most comforting experiences, with wide smooth roads that meandered and rolled up and down, grasslands on both sides, looming mountains in the distance that seemed to move along with us and as usual, the bright blue skies, or sometimes, the weeping, gray clouds. The country had a meagre population of around 1.3 million, so it was no wonder that we barely saw people walking on the streets except for when in Port Louis, the capital city. The tiny island does not have any domestic flights, but more importantly and interestingly, no rail transport either. Ships and automobiles were the only modes travel.

My internship in Mauritius revolved around interaction with the youth. Our job was to roam around the country and visit universities to interview their students for our blog. These interviews would go up on the website and encourage younger children to aspire for a university education too. Because there exists a high dropout rate in the country after high school – few students choose to continue to university. I also worked on another project which was entrepreneurial in nature. Along with the other students on exchange there, my job was to help an illiterate lady set up her pickles business, which would involve researching the cost price and selling price, competition in the market,  strategic places to set up stalls and other corporate jargon that can be left out of this travelogue.

Mauritius holds a plethora of places to visit, and sometimes, discover, and I tried to aim at visiting all of the tourist spots. The memories I made and the things I saw, were indeed priceless. I have a lot more to write and a lot more to describe, but that calls for another article! Grab a Bike and Lose Yourself in the City of Amsterdam