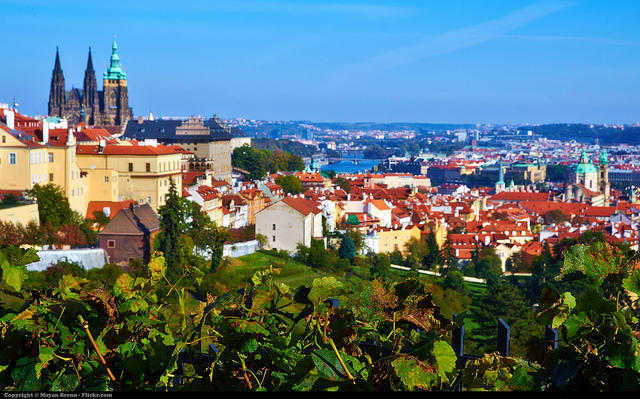 Yet another relatively uncommon entry on this list, Prague, at even one glance, is worth being written and talked about. Adorned with churches, bridges and monuments in Gothic, Renaissance and Baroque styles, it holds within its expanse some of the most diverse architecture of Europe. It is also held in high regard by politicians and economists as the city with the lowest unemployment rate in Europe as well as high livability index for its low costs. Not to mention, it has become a magnet of sorts for expats across Europe. All of the above reasons should you ground your decision to explore the city for the next three days.

The months of Spring or Fall should be ideal due to the moderate climate as well as the relatively relaxed crowd of people. But consider the months of April/May for the long hours of Daylight.

Most people speak Czech but they’d be happy to assist you with English in any part of the city.

Like most European cities, traversing the populous locations by foot is the most efficient. But otherwise, use the metro, tram or bus system. Additionally, purchase a tourist pass to be able to make the most of the public transport within a short period of time. 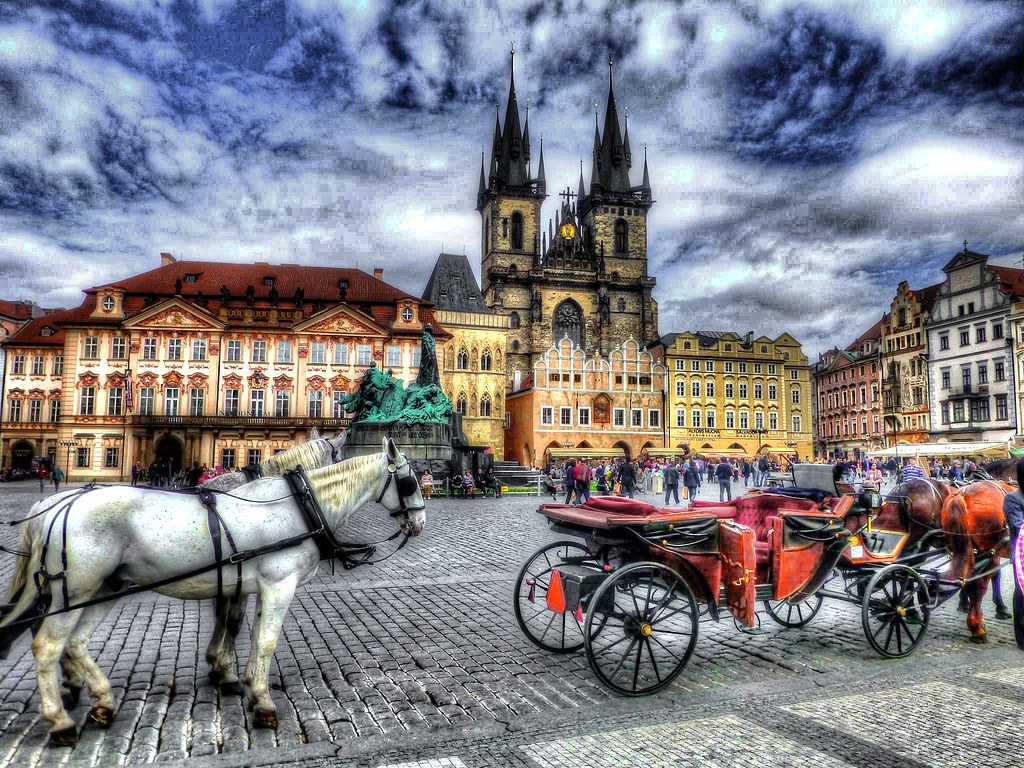 The medieval settlement of Prague takes precedence over any other neighbourhood in the city. Whereas many of its complementary neighbourhoods had been partially destroyed by the damage of wars, the square and its possessions are largely in tact. Notable structures include the Tyn Church and The Prague Orloj, which is the oldest astronomical clock still in operation. While you’re in the area, be sure to ride a horse carriage as it is not only a show of support for the historical roots of the city but also a way to contribute to the livelihood of horse carriage men who are dedicated to the pleasures of the tourists. A typical horse carriage is 800 CZK, so be sure to get your family onboard! A climb up the Old Town Hall is also worth the sights you will be afforded from it 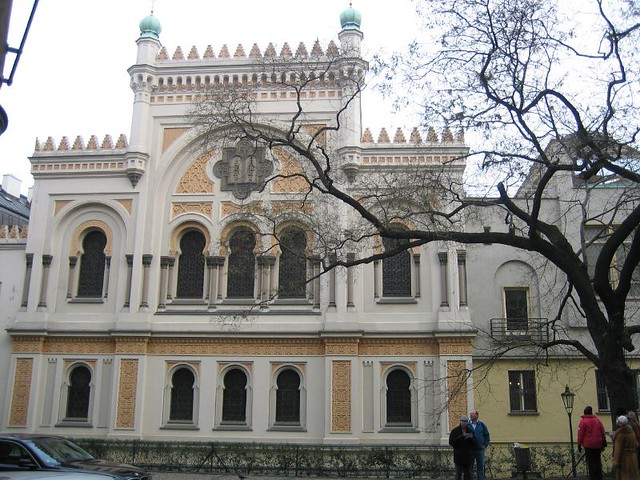 In same Old Town, you can head over to the Jewish Quarter, also known as Josefov. It holds itself with much pride among the Jewish Community, especially through the multitudes of synagogues and communal spaces scattered over the area, such as the Old New Synagogue, which is known to be Europe’s oldest active synagogue, the Klaus Synagogue, the Old Jewish Cemetery, all of which you must behold. The only one you should enter is the Spanish Synagogue as its interiors are quite stunning. 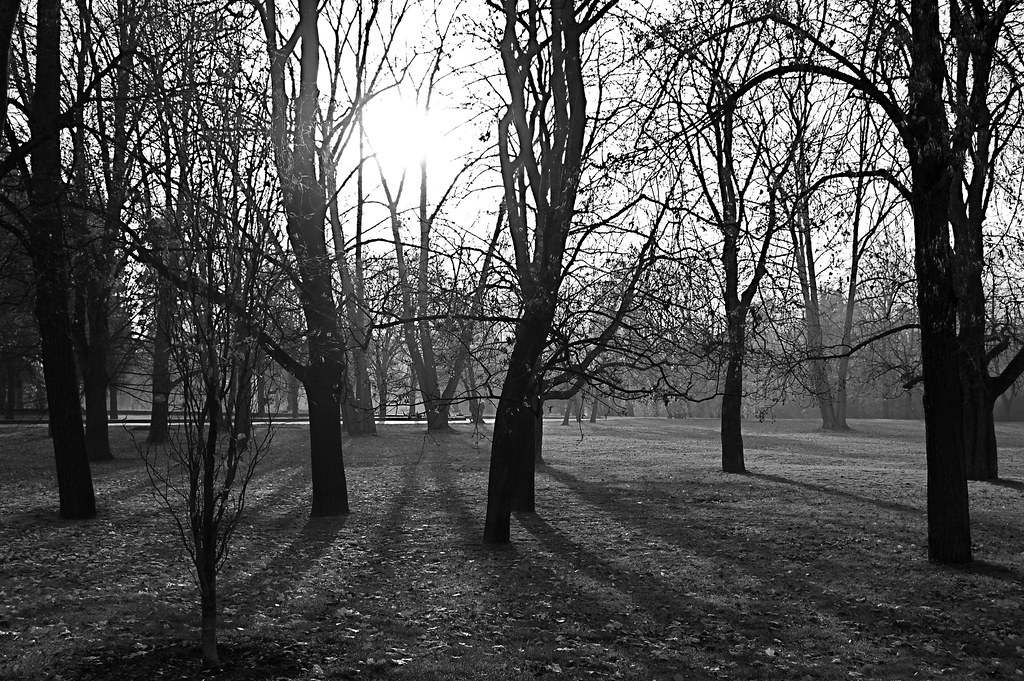 Have your lunch at the V Kolkovne Restaurant right by the Jewish Museum, where you will have to your liking some fantastic Czech cuisine, such as the  potato pancakes and the goulash. After a sumptuous meal, stroll further across Old Town, through the grand streets of Pařížská, the magnetic neighborhood of Ungelt, and finally a view of the Powder Tower, a Gothic tower which used to signify the entrance to the city. There is also the Clam-Gallas Palace, a regal Baroque structure that used to be a mainstay for numerous concerts and balls of the past. Spend your late afternoon at the Letna Park, an ideal space for reposing on the grass, jogging, biking or relaxing, where you will be able to relish the majestic views of the Old Town. 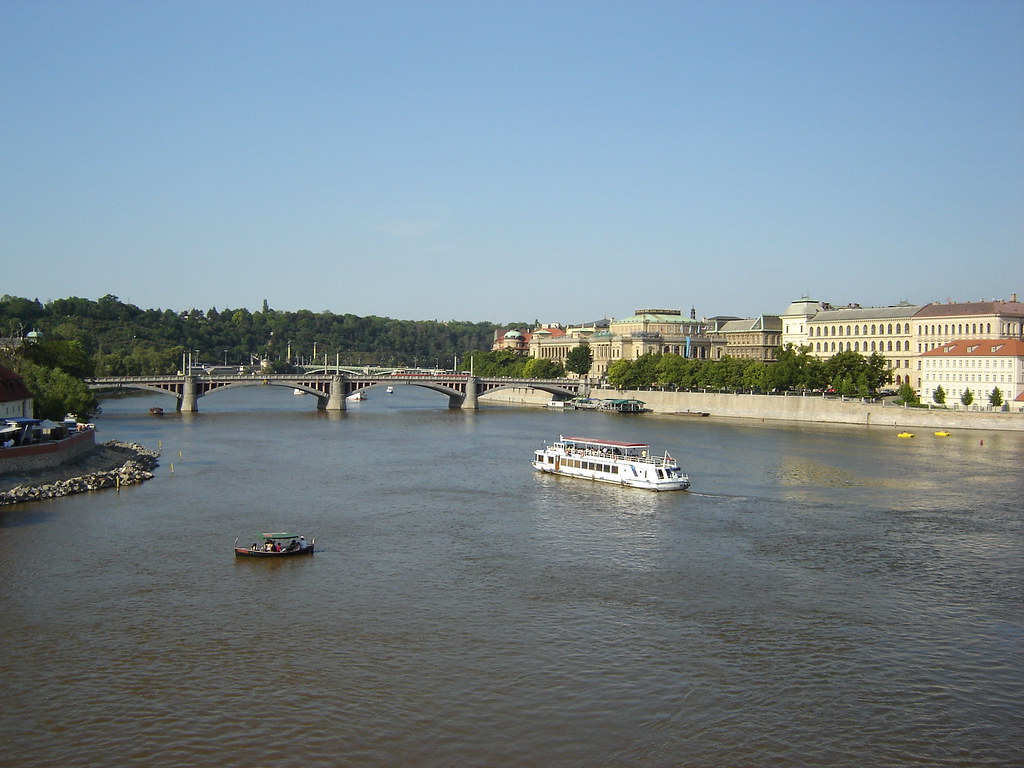 Stop by Tricafe, a hidden gem in the local community, that serves the best cakes and quiches. Indulge yourself in a boat tour along the river Vltava so you can behold the city while rustling through the waters. You can choose the duration of the ride as well as the entertainment or food available aboard.

Have your dinner at one of many of the restaurants in the Old Town, such as the Restaurant Kristian Marco, where you will be able to absorb the feel of the river, as well as that of live music and eat some delicious barbecue food. That’s how you spend a rocking first day at Prague! 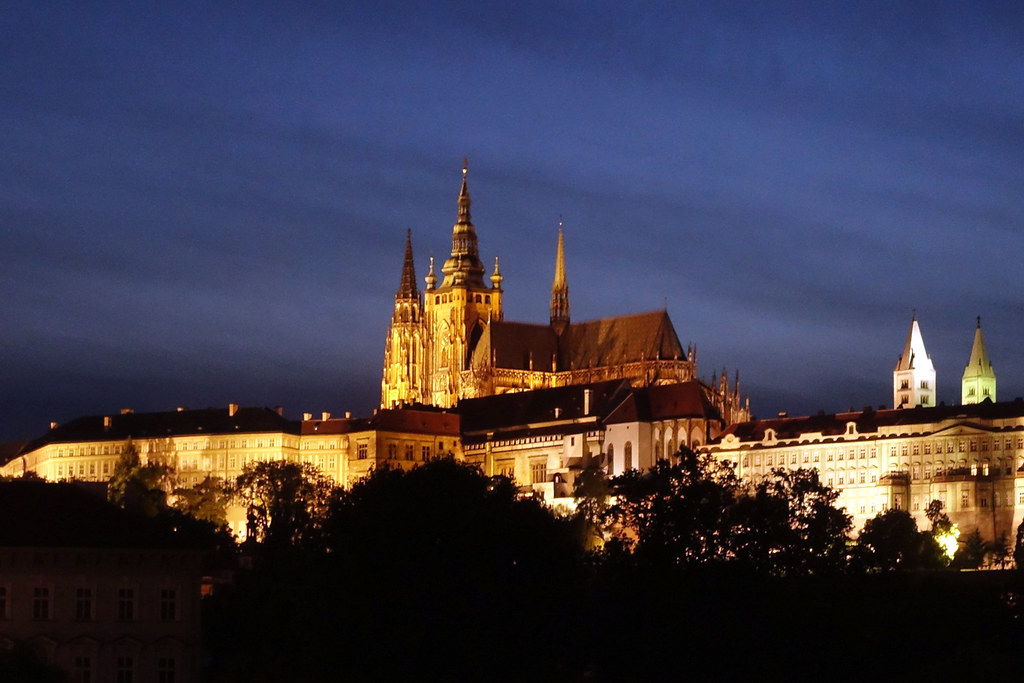 Do not a spend a futher minute in idle as you make your journey to the Prague Castle. This is not only the most significant monument, the largest ancient castle in the world in fact, but a symbol of Czech history and culture. It is the official residence of the Czech Republic President. It has also served as the royal residence for Bohemian kings, Holy Roman Emperors and multiple other rules. The world-famous Bohemian Crown jewels are kept inside a secret room in the castle.

There are many fascinating structures inside the perimeters of the castle itself, such as the St. Vitus Cathedral, the St. George Basilica, the Old Royal Palace and many others. Be sure to clarify with the admin whether your ticket is inclusive of a tour across these buildings. 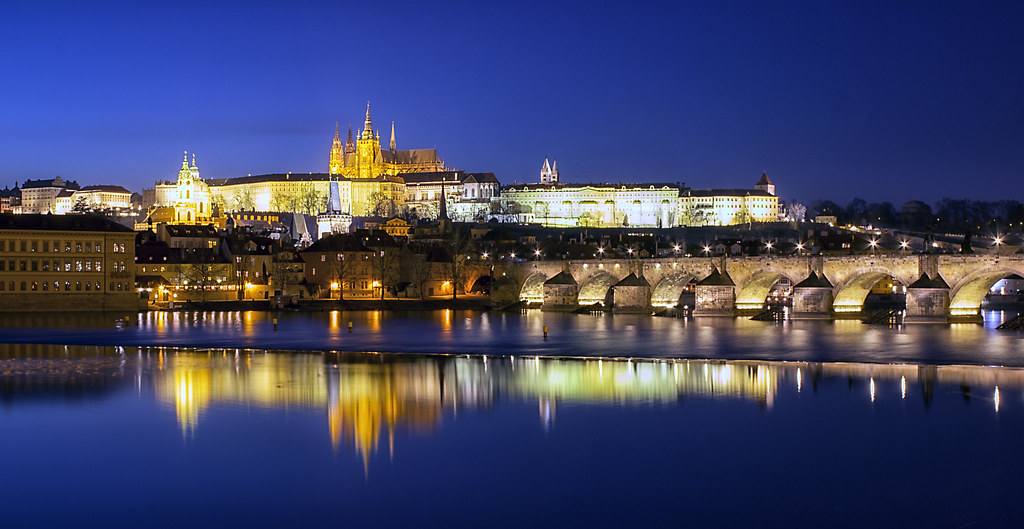 After you’ve had an extensive tour of the castle and all its adjacent buildings, have a delightful lunch at the U Mylnare, where they serve specialty pickled cheese and pork ribs as part of its European cuisine. Afterwards, walk along the Charles Bridge. Here you can gaze at the castles and churches gleaming in the night. The bridge is also home to Prague’s most driven street musicians and artists who will make you every minute count. There are also two towers that line the ends of the bridge, which you can very well climb to during the day and watch the soothing waters and the archaic town by it. There are famous statues and sculptures that will surely attract you. 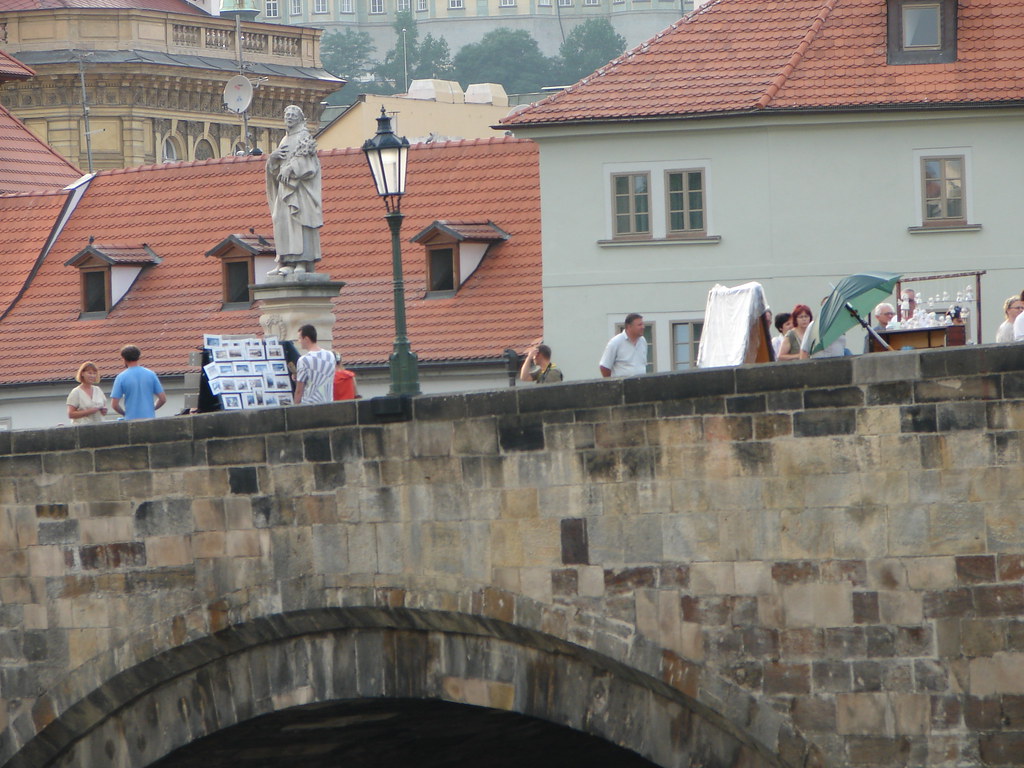 Just across the canal from the bridge, this island proffers a breathtaking scenery of the city, highlighted by the castle and the basilicas, especially the Lesser Town. You can opt for a classic steamboat or a river cruise. The steamboat leaves every hour from 11.00 to 18.00 each day of the week. There is also a museum on the island itself, Museum Kampa, showcasing some of the finest art of Czech history. 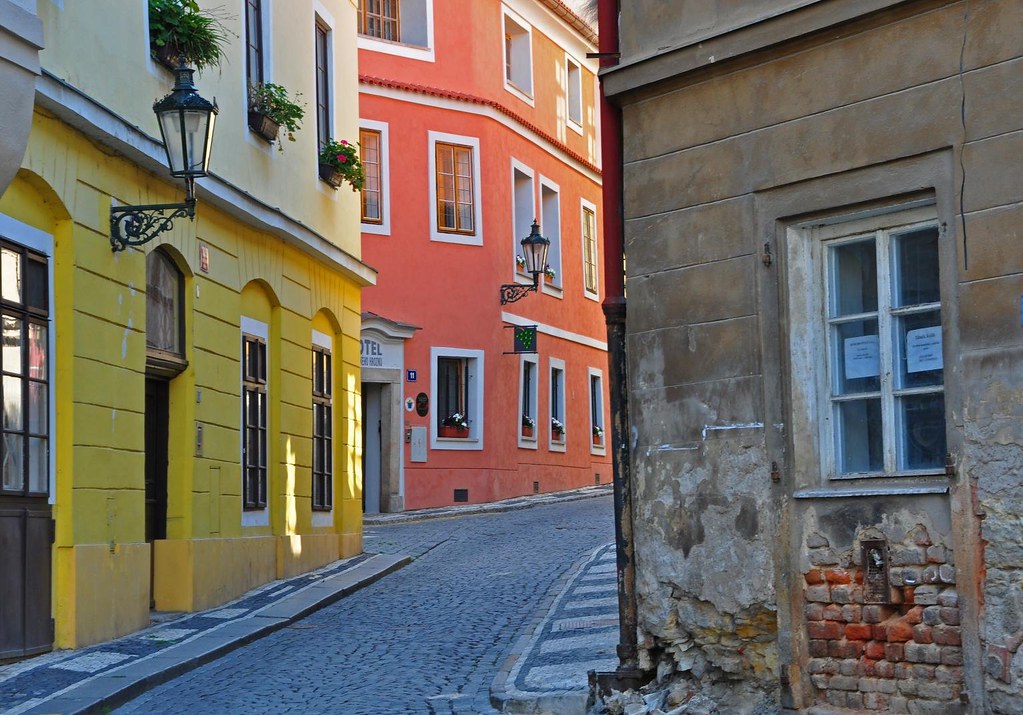 Mala Strana, also known as the Lesser Town of Prague, is a complementary region to the Old Town. Historically a German enclave in the Czech area, it houses some of the most interesting Baroque-style buildings of the country, such as the Wallestein Palace, St. Nicholas’ Church, the Lennon Wall among others. Pacing through the alleys of the neighbourhood will intimate you with ambiance and give you the satisfaction. Conclude your tiring second day with a meal at the Pod Vezi, who are known for serving the finest wine and duck in town! 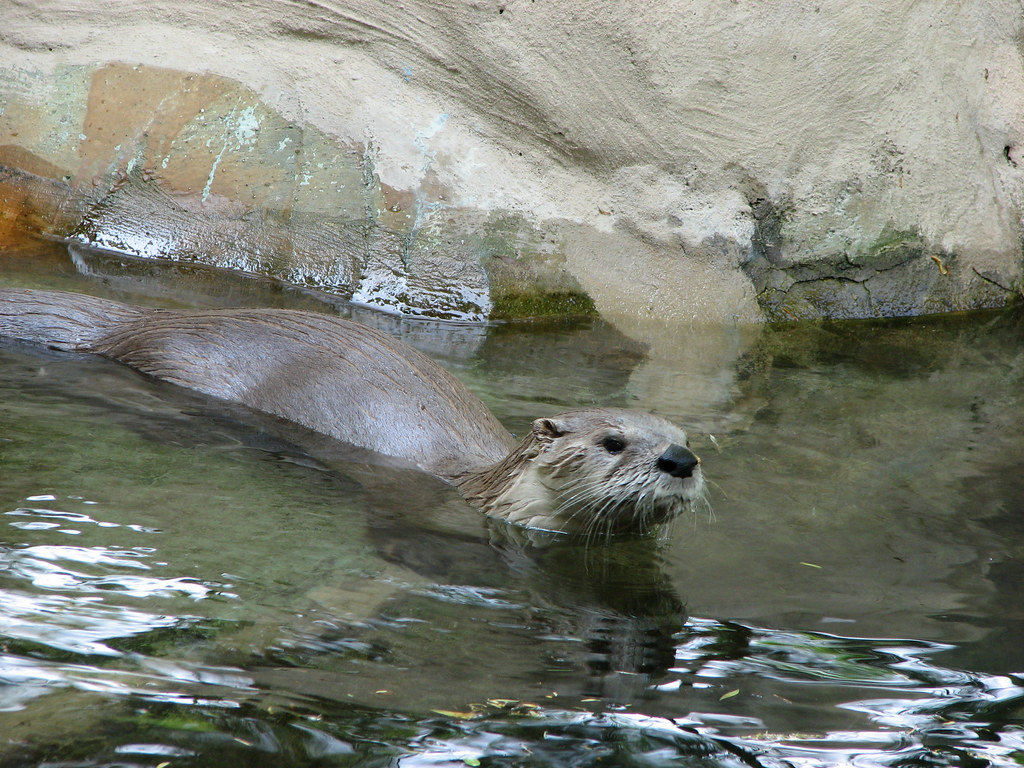 As unimaginative as it sounds to visit a zoo when you want to wring the most out of your short stay at a historic city, the Prague Zoo has been voted the best zoo in the world numerous times. Its exhibits hold some 4200 animals over 25o species. It has also been praised as being the zoo to sustain the population of the Przewalski Horse, which can be found in its exhibits. 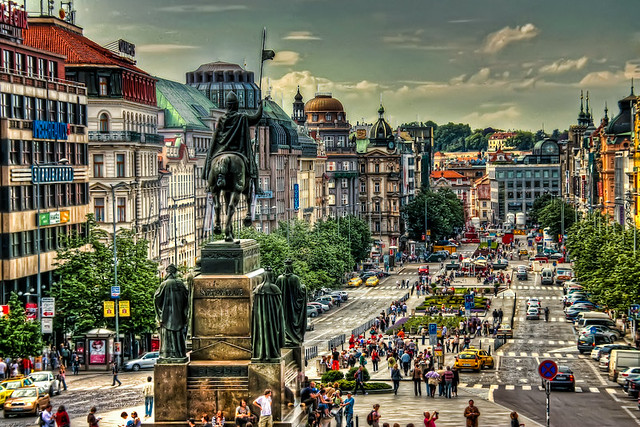 It is the commercial center of the city and is popular among most of the cultural communities of Prague. It has been the site of many historical events and to date continues to be a draw for everyone, whether it be musical events, debates, celebrations among others. Just off the square you can find the Lucerna Arcade, a neighbourhood that features a classic cinema and some adorable cafes. It also has many music clubs, bookstores and restaurants, such as Nase Maso, where you can have your lunch. They have some yummy tartares and meatloaf! 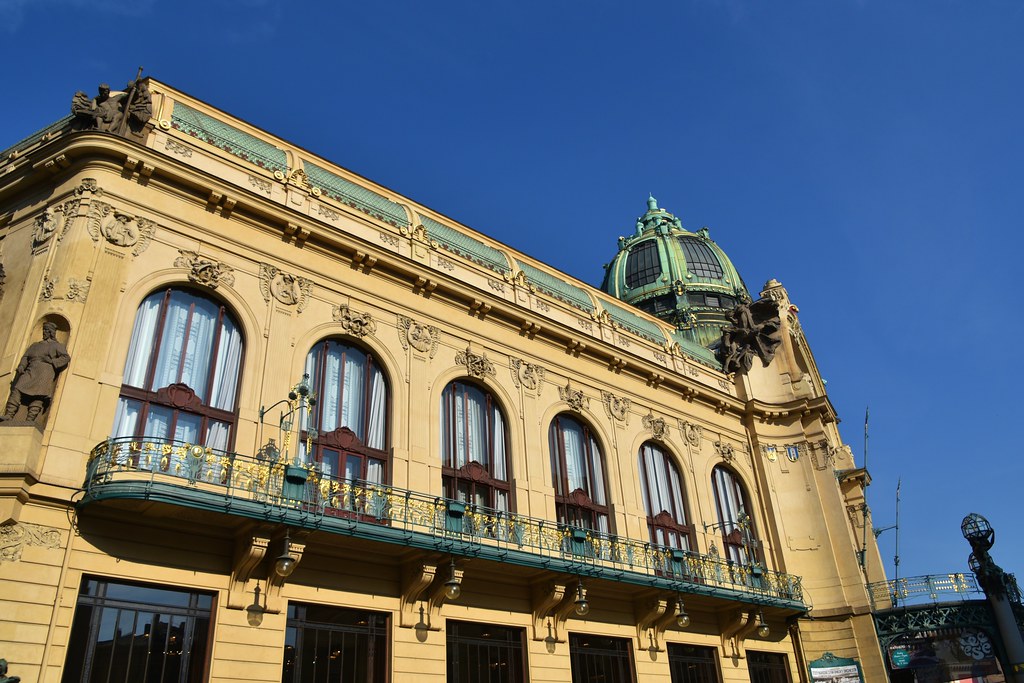 Another incredible building to add to your list of Prague sights is the Municipal House, a traditional opera house that has etched itself into the history of Prague by having provided so many concerts, opera, theater and balls. Please take a guided tour of the interior as it is not only spectacular to see but the range of events they offer every day are truly wonderful.

This market sells a combination of traditional items catered to the interest of the locals as well as a funky mix of goods that everyone can find amusing. Here you will find your share of artifacts, kitchen appliances, local ingredients and much more to your liking. It is also a great way to feel the atmosphere of all those bustling for the best prices. 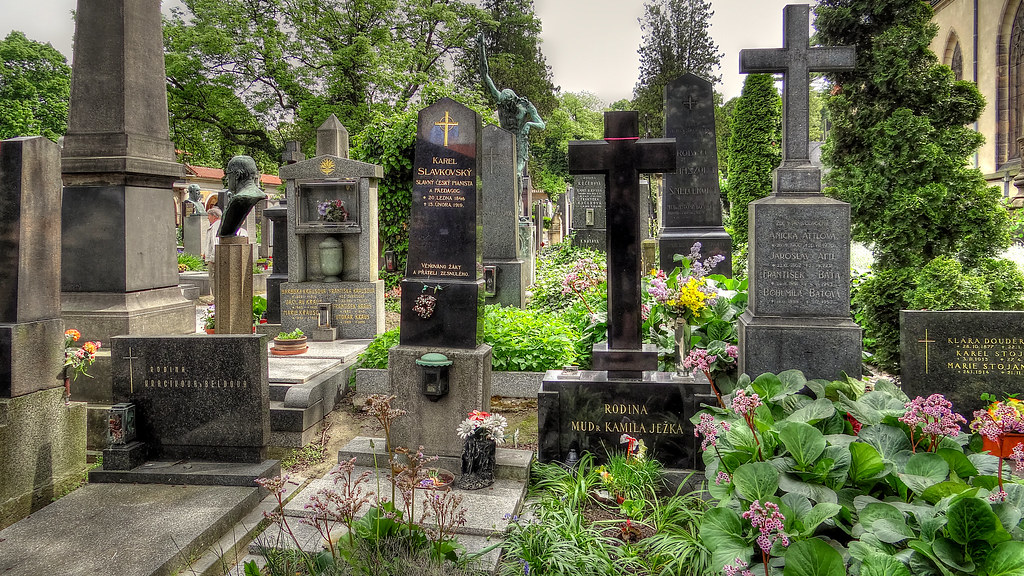 Just as the evening sets in, go to the Vyšehrad. It is a fortress containing some of the oldest buildings in Czech history, such as the The Basilica St. Martin, which was built from 900-950, and the Church of the Virgin Mary, which was built in the year 870. It would be a very respectful way to conclude your stay in Prague, the heart of Bohemia and Czech Republic.

Have your dinner at Restaurant Alcron, where you can taste a Czech take on international cuisine such as Scottish salmon and tuna sashimi.