A Day In The Mughal Era- The Taj Mahal Visit

The four of us used to sit in the canteen after our working hours, so in the midst of our daily chit chats, one thing led to another and we ended up planning an unscheduled visit to the Mughal Era, to see the majestic Taj. We started from Delhi, even though our train was rescheduled by 3 hours due to fog, we managed to reach Agra, the city of Mughal-Era buildings, at around 1 in the morning.

We took an auto to a hotel where we booked our stay for our time in the city. The next morning, we woke up early so that we had ample amount of time in our hands to for our Taj Mahal visit and spend a good couple of hours admiring its beauty and roam in the vicinity.

The First Glimpse of TAJ!

We reached to the south gate of the Taj Mahal from an auto, after crossing the check post we reached to the Great Gate.  While entering from the The Great Gate (Darwaza-i-rauza), we managed to grab an initial view of  the majestic monument. And there it is, the chills run down our spine when we crossed the gate and saw the Taj Mahal standing  proudly right in front of us. 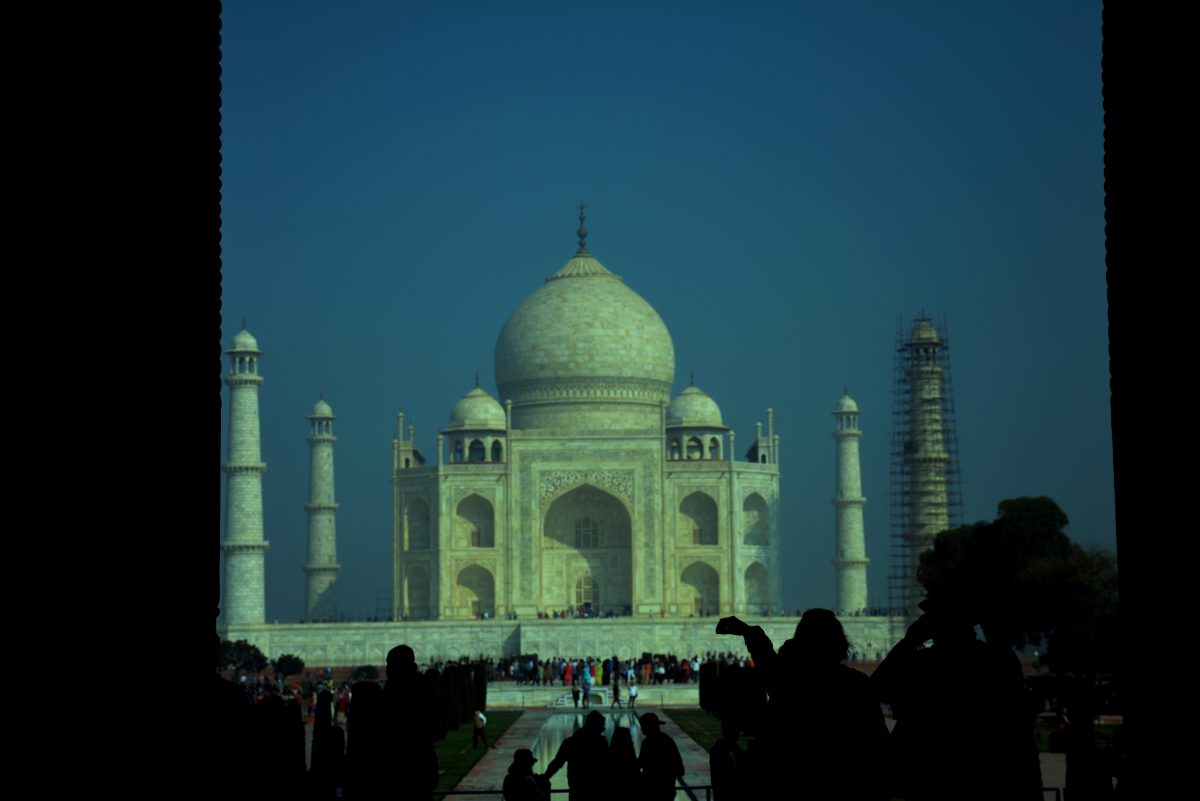 The Taj Mahal is just not a mausoleum or any other monument. It is a symbol of eternal love by an emperor for his favourite queen; in fact, it is much more than that. It is one of the great marvels of the Mughal Empire, you can feel its magical vibes the very first moment you lay your eyes on it.

The Epitome of Love!

Taj Mahal, “the epitome of love”, is “a monument of immeasurable beauty”. The beauty of this magnificent monument is such that it is beyond the scope of words. The thoughts that cross your mind while gazing at the Taj Mahal of Agra is not just its phenomenal beauty, but the immense love behind its construction. Mughal Emperor, Shah Jahan had this monument constructed in the memory of his beloved wife Mumtaz Mahal, with whom he fell in love at first sight.

Most Beautiful Places Of Worship Beauty lies in the eyes of the beholder! Probably for the Taj Mahal, the axiom is just the other way round. The Taj is simply beauty personified! The imposing wonder flaunts different moods through its varied shades. The Taj has as many shades as any kind of beauty can ever possess! Picturesque descriptions by the historians contemporary to the period of its making, the facts revealed by the scholars & archaeologists of today and the panoramic montage of the reasons behind its making are sketched with every step you would walk towards the mausoleum whenever you visit The Taj!  Those heading for the Taj Mahal visit for the first time are bound to be astounded by its sheer beauty and architectural intricacy. Its been more than a year since the Taj Mahal began sporting scaffoldings on its minarets; hence, a mudpack therapy will be done on the famed monument of love to restore it to its ivory-white splendour which would take at least a year to complete, so those planning for a visit now will probably have to wait for at least a year.

The ongoing maintenance work began on the 17th-century marble mausoleum to reverse the yellowing of the four towers. If the sight of the planks and poles distracted one from the famed picture-perfect sight, workmen will be next seen scrambling over the dome. During our visit, we witnessed that one of the minarets was surrounded by metal rods and its scaffolding still continues. 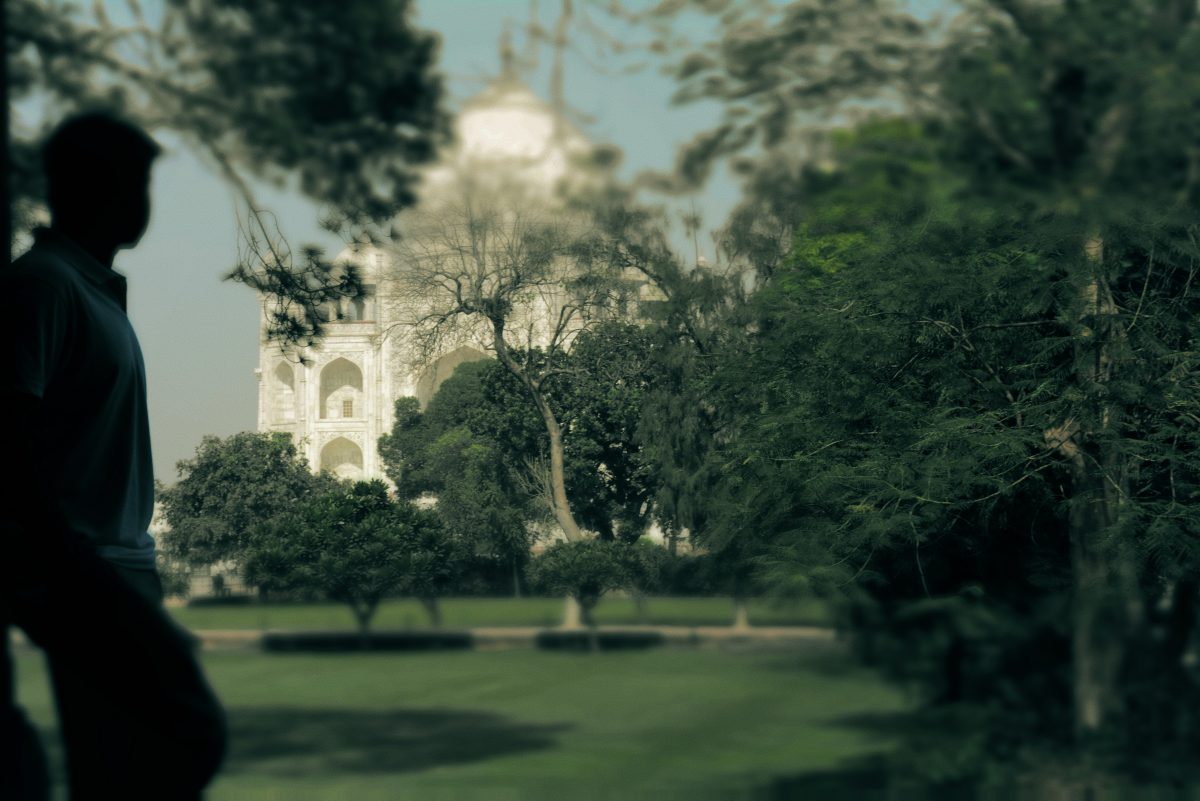 The City of History and Architecture!

After spending almost half our day at this magnificent beauty, we left to visit another marvel of the Mughal Empire. I am talking about the residence of the Mughal Dynasty until 1638, when they shifted their capital from Agra to Delhi. Yes, we are at the Agra Fort.

The fort was more accurately described as a walled city.  We entered the fort from the Amar Singh Gate, to the south is the sole entry point to the fort these days, where you can buy your entrance ticket.

Book A Hotel In Agra here. Its dogleg design was meant to confuse attackers who made it past the first line of defence – the crocodile-infested moat. A path leads straight from here up to the large Bit Masjid, which is closed for the public. To your right, just before you reach the Moti Masjid, is the large, open Diwan-i-Am, where emperor Shah Jahan used to conduct domestic government business, and also a throne room where the emperor listened to petitioners. With the Taj Mahal overshadowing with its splendour, its quite easy to forget that Agra has one of the finest Mughal forts in India. After exiting from the same gate from where we entered, we went for a stroll to the famous market of Agra, that is the Sadar Bazaar. In addition to these magnificent monuments, Agra is famous for two more things, namely Petha (a delicious sweet) and Leather.

With a lot of leather factories based out of the city, it’s the ideal place to score leather goods at bargain-able prices. And Panchhi Petha, the sweet that I was talking about has more varieties than you could think of, a must try for those with a sweet tooth. So, there’s a whole lot to Agra than the Taj. It is a city of love, it was a city of the Mughals who developed it and adorned it beautifully, under whose rule the royal city thrived..If one has a heart that beats and that beat throbs to seek, the purity of love here is galore! Surely, one deserves a visit to ‘The Taj’, as much as Agra deserves your visit once, and more.

If you liked this post, you may also read Padharo Mhare Desh: 6 Breathtaking Cities In Rajasthan

Plan A Vacation With Us

Scorpion By Birth Phoenix By Heart Rebellious By Nature Teacher By Profession Traveller, Blogger, Writer, Photographer By Passion "I yearn for mountains that I have never ever seen. I like to explore, by going to new places, talking with new people, get to know their culture, their tradition. There is a whole World out there waiting to be explored." Sail The Sea In Style With These Luxurious Cruise Lines 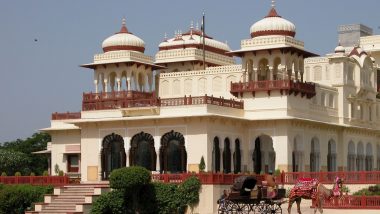