Adventure in Athens in Three Days

When we think about Greece today, we immediately refer to its economic meltdown, ignoring its vast history that has spawned civilization throughout the world. In its long history, it facilitated the birth and rise of democracy, philosophy, literature, political science, science and mathematics, drama and sport, in the form of the Ancient Olympic Games. Its architecture, however, conveys a culture that’s as intricate, if not more, than the scientific theories its noblemen had presented. Renowned for the number and vastness of temples in the region, it also has a stunning display of open-air stadiums, gateways, public forums, and the tombs. Athens is a representation of everything Greek stands for and hence, three days in this city would connect you to this country

In the fall months of September-October. The rates of airfare and stay would be cheaper and the weather would be more agreeable as opposed to the scorching sun of the summer.

Greek, but the locals would be more than happy to help you with their limited English. But please brush up on some customary Greek in case of emergencies or to simply be polite.

The central area of Athens is best traveled on foot but as is the case of many metropolitan cities, get 24-hour day passes that would guarantee you access to not only the metro but also the local buses and trams. 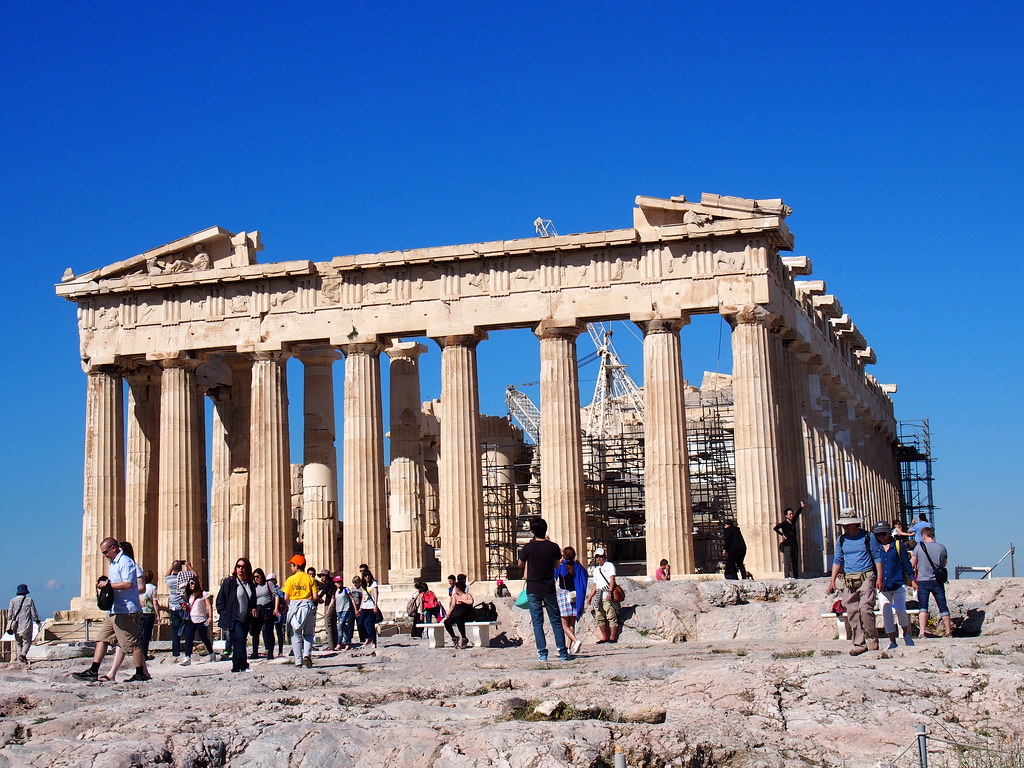 The closest metro station to the Acropolis of Athens is the station Acropoli or station Thiseio. It would be wise to dedicate most of your day to this ancient citadel located on a rock above the city, as it is enthralling to properly examine the various points of interest here. A single ticket to the Acropolis would lend you access to monuments such as the Parthenon, the Erechtheion and the Temple of Athena Nike. The Parthenon in particular has become somewhat of a symbol of Greece so please maximise the value of your visit by looking through all the sections.

Tickets: 20 Euros/person. Free if you’re a senior citizen, student or disabled. Try to buy tickets online to avoid long queue. But an efficient thing to do is to get a multi-site ticket worth 30 Euros/person that will include various sites within Athens.

The Acropolis Museum could give you a more in-dept knowledge of the ancient ruins in Acropolis. Considering that this area holds so much value in terms of history and architecture and the roots of democracy and free thinking, it is worth a visit to expand your wisdom for the long-term. Located on the south-eastern slope, a walk of 250 m from the Parthenon would take you to it.

After an illuminating time at the Acropolis, stop over for lunch at the restaurant Liondi, where you can get your fill of traditional Greek food. A Greek meal remains incomplete without a classic salad, some feta cheese and souvlaki. The portions are generous so order with caution. After lunch, enjoy some relaxing time with the family at the National Garden. A little from the excess of temples and ruins will soothe your mind and get in touch with the greenery around you. There are also cute features that you may find amusing like a duck pond, children’s playground, a small cafe and plenty of space for you to let loose.

The Temple of Olympian Zeus 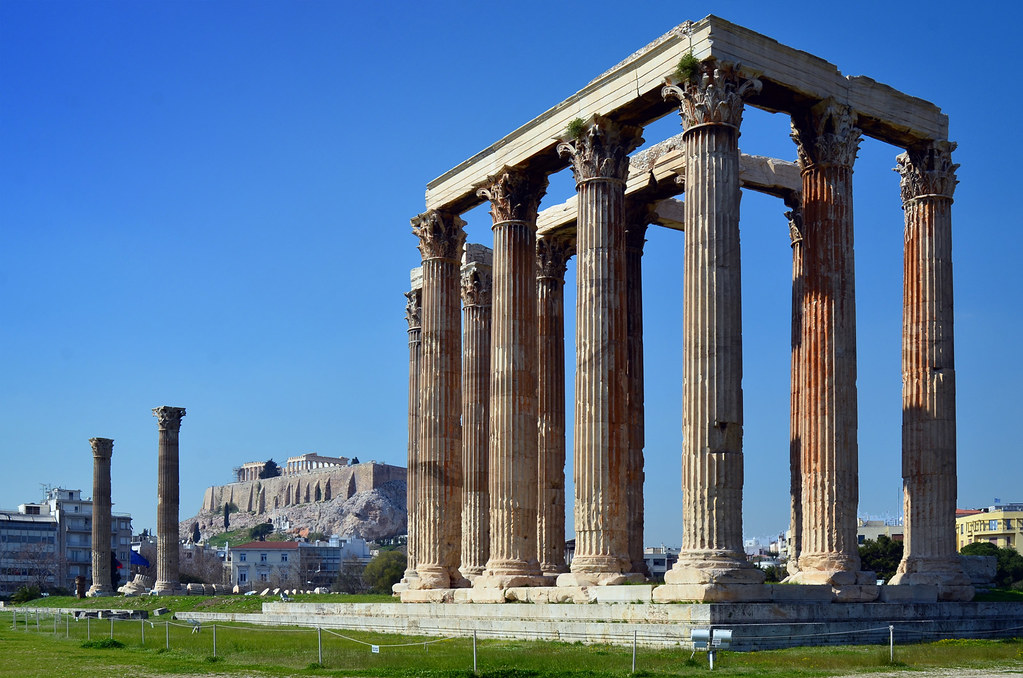 The Temple of Olympian Zeus was constructed as a homage to their God Zeus. It is also a stunning display of Greek architecture by which you should certainly take a heap of photographs! The construction began in 6th century BC so it has certainly withstood its own strain of history.

The Theater of Dionysus 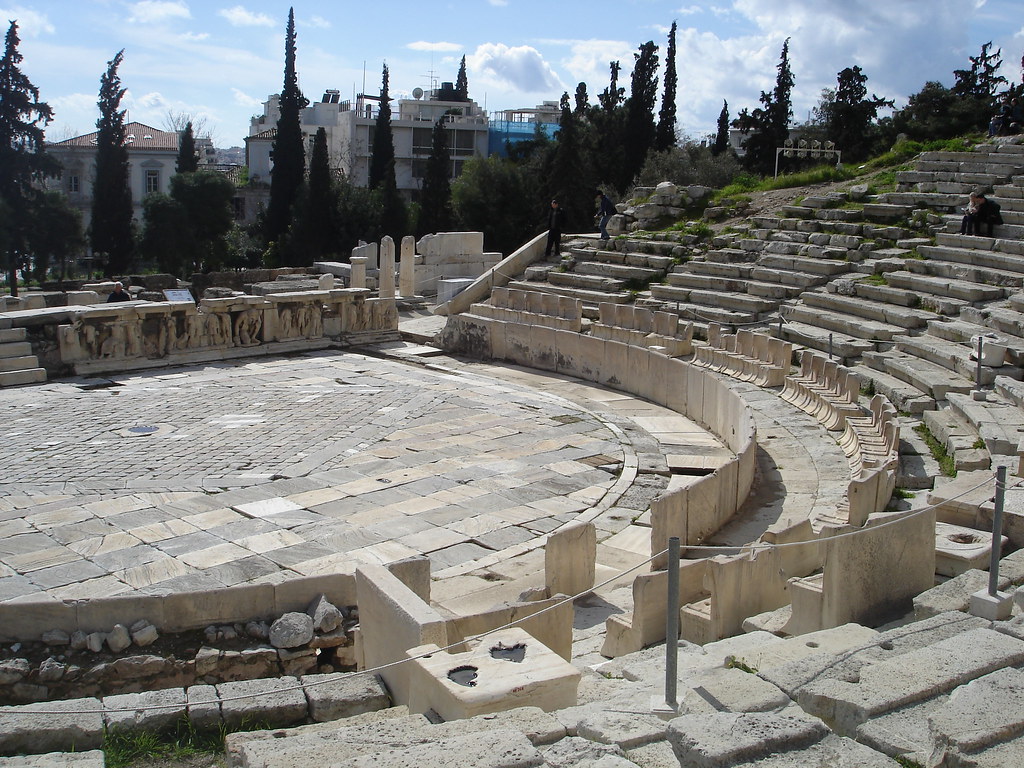 Similarly, you should check out the Theater of Dionysus, an ancient amphitheater that used to be a hub of drinking and debauchery. Located at the foot of the Acropolis. It is known to be the origin of the Greek tragedy and drama and hence is a significant landmark for all discipline as a whole. You can climb down in from above, from the Acropolis so its location is ideal.

Tickets: Included in the combined ticket 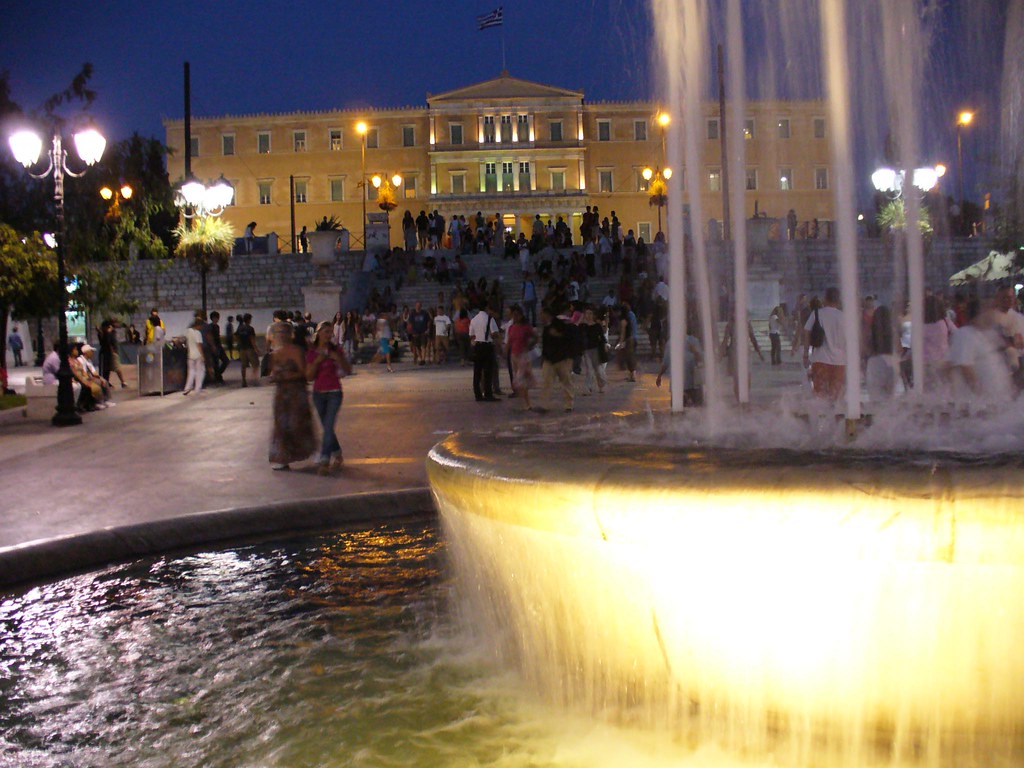 Lastly, you should end your visit at the Acropolis by spending an hour  lounging at the Syntagma Square. It has been the focal point of Greek politics and discussion since its origin in late 19th century. It is also a commercial center it is indeed interesting to get a gist of the local trends at this square. It is located right in front of the Old Royal Palace and is now identified in the same line as modern Greek government. Even the soldiers in traditional Greek dress guarding the parliament are a sight to see! Perhaps you’d like to have dinner at the GB Roof Garden. It offers a glorious view of the Acropolis, making every meal there worth it for the scenery alone. Try their trademark cocktails and scallops that will blow you away!

Exit the area via the metro station right next to the square. 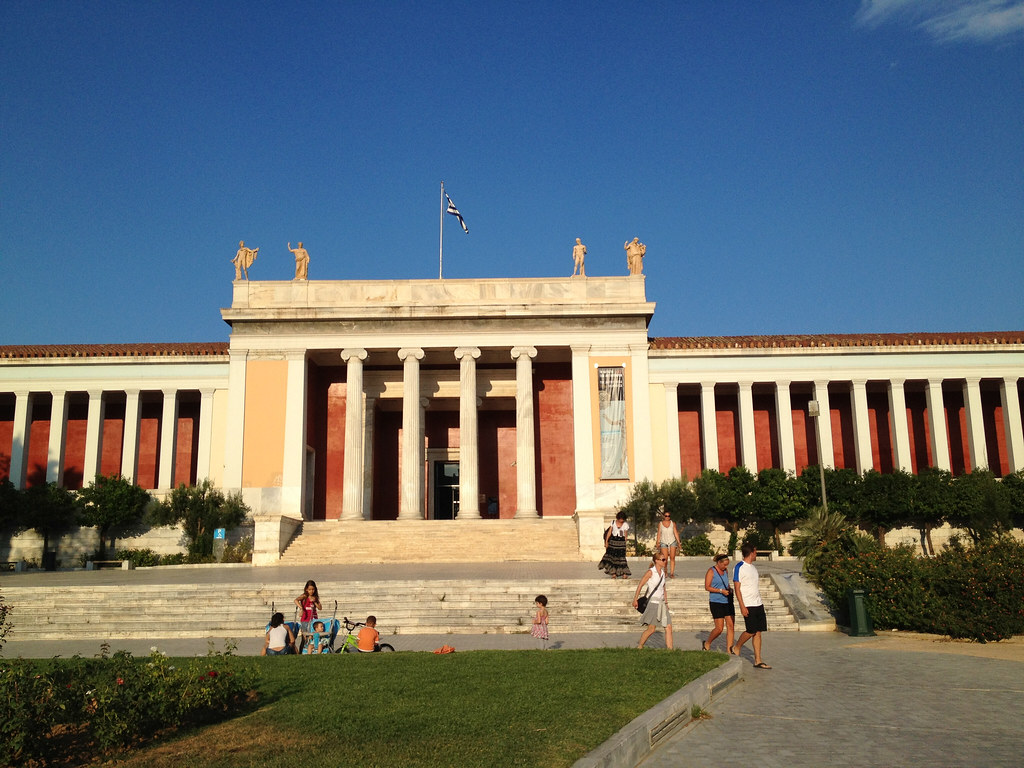 Take the metro to Omonia and walk down a further 10 minutes to reach the area.

This museum is one of the largest and most famous in the world.Its collection includes ancient artifacts, prehistoric relics, sculptures, ornate frescoes, metallurgy works among others. It’s useful to do some research beforehand as to which exhibits you might interested in as the museum is vast and it would a considerable amount of time to organize your time there. Noteworthy displays include the Egyptian collection and the Antikythera Shipwreck.

Get off at the Thissio Metro Station. Continue your run of museums by visiting this marvelous setting. Here you can learn a vast deal about the art of jewelry-making and see the designs for some of the most precious jewelry every created. The purpose of this museum is educational for those who are interested in decorative works and jewelry design. It is also insightful to glimpse into the workshops and the technical process of making jewelry. 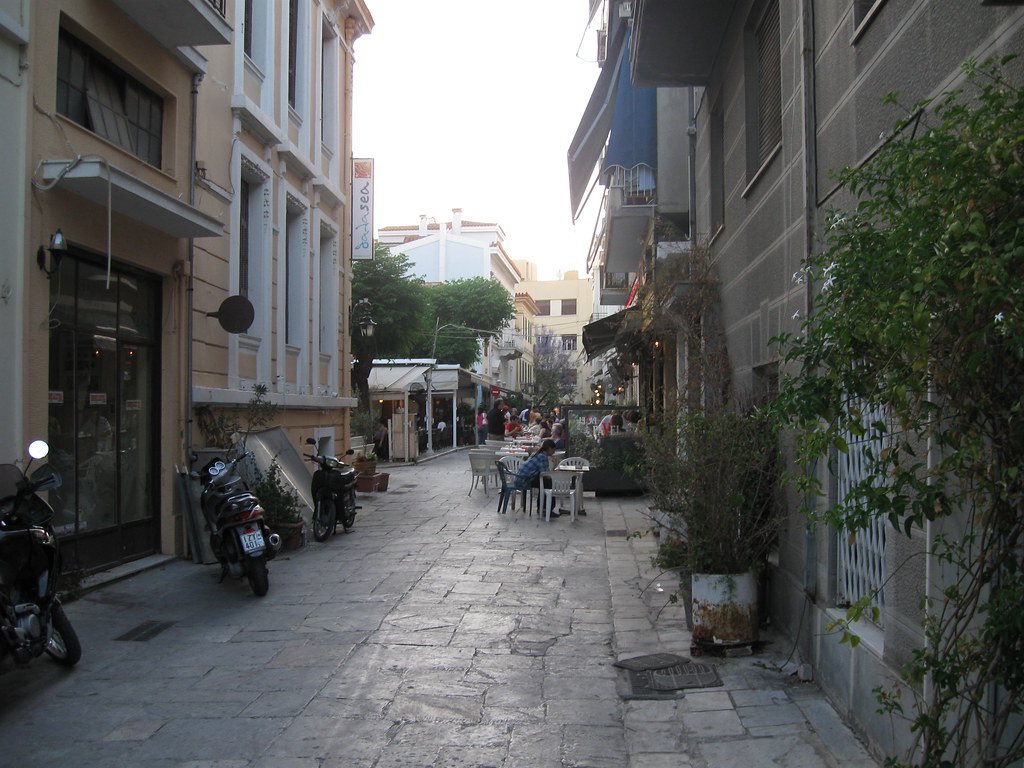 Plaka is a historic neigbourhood in Athens and it symbolizes the communal bliss of the people who had lived here thousands of years ago. As was the trend for most ancient cities, it is characterized by narrow lanes, quaint houses and a coolness wafting through its interiors. Also known as the Neighbourhood of the Gods, it is in close proximity to Acropolis. There are multitudes of restaurants and shops in the area so expect to haggle for prices. Just simply spend your time strolling through the neighbourhood and stop over for lunch at any one of these cute but affordable restaurants, such as Saita Bakaliaro, who specializes in fried codfish so don’t miss out! 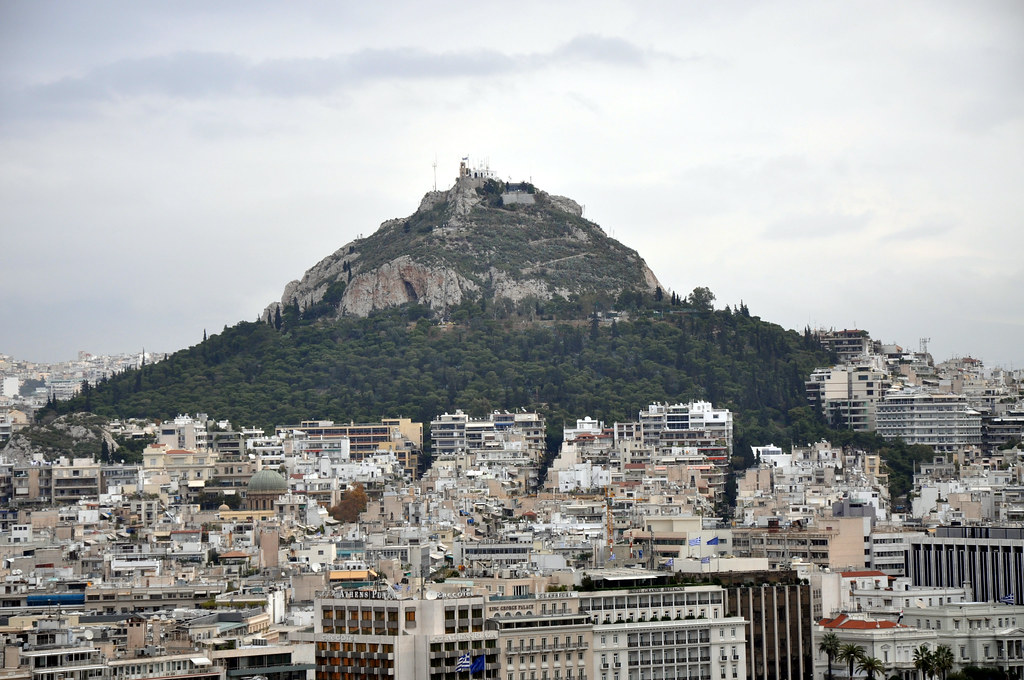 Take the metro to station Evangelismos or simply take a taxi as the fare would not be too much.

Stave off those calories by climbing up the hill to Mount Lycabettus. If you are too exhausted, then there is a cable car that will take you to the top called Lycabettus Funicular but the hike is worth the views that will be afforded to you. You will be able to see the Acropolis against the nearby waters and the beaming city underneath. If you’re able to catch the sun set over the area, that is sure to take your breath away. Also incredible are the open-air theater shows that take place occasionally so research about the kind of shows you wish to watch from before. 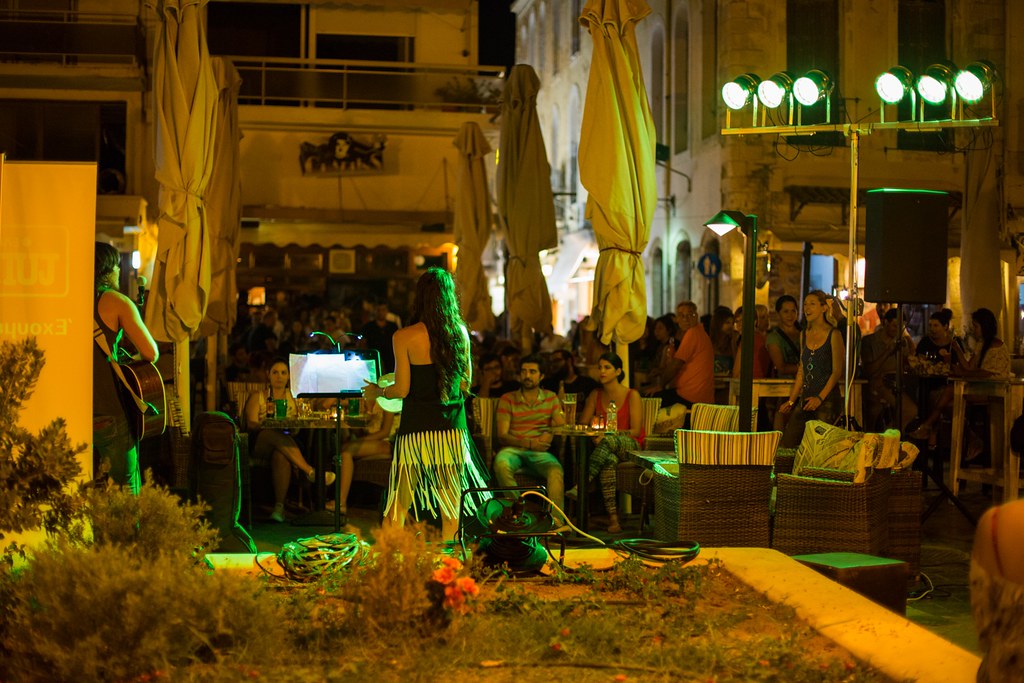 Kolonaki , situated at the base of the mountain, is a thriving neighbourhood in terms of culinary trends, nightlife, youth culture and international exchange. It contains a number of attractions such as Benaki Museum and the Goulandris Museum of Cylindrical Art, but as well as a line of designer shops that specialize in not only international garments and haute couture. There are also bistros, tavernos, cafes, clubs from where you can get your dinner. I’d suggest you try out Tavern Ellinikon with delicious seafood such as calamari and mussels.

Agora in Greek means ‘center’ or ‘gathering place’ and that should convey to you everything you must know about the significance this area holds in Hellenic culture. These monuments and buildings may be in ruin but they still are able to provide information as to how civilization operated in the ancient times. Some of the imperative attractions include The Temple of Hephaestus, the Stoa of Attalos to the right, Metroon, the view of Heliaia. Any architectural enthusiast is set to have a grand time at this part of town. 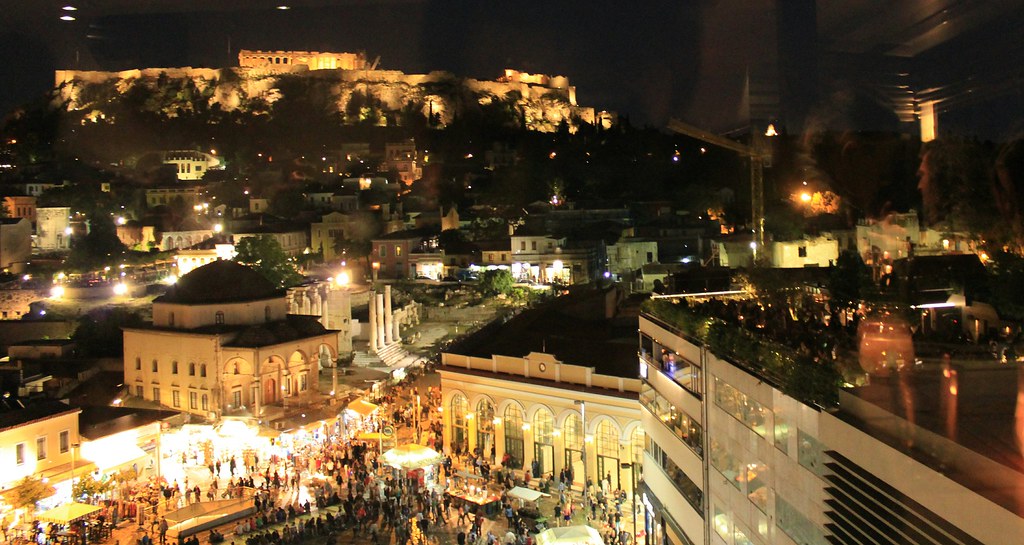 These sets of markets near to the Agora of Athens reflect the bustling ambiance of the cities. Monastiraki is a flea market that can boast an extended collection of clothing boutiques, embroidered works, ceramics,  food specialty shops and many more. Even if you do not wish to purchase anything, there is still room for reveling among the multicultural tourists and locals alike roaming through its streets. Among the busy cafes and tavernos, find a decent restaurant to eat at, like the Bairaktaris that serves old-school Greek food like kebabs.

Get away from the chaos and go to the Kerameikos Cemetary. It’s moody, solemn atmosphere will calm you and prove to be a sensible respite from the hustle and bustle of the populated tourist locations. It also holds much meaning for Greek faith and culture so tread with respect and do not take too many photographs. There are few springs and temples that is sure to fascinate you with its low-key design.

These are the trendiest, most exciting neighbourhoods of the city. I say that you should always conclude your visit at a city by celebrating with drinks and food at the city’s hotspots and these two neighbourhoods encapsulate the thrills that modern Greek culture holds. You must stop over at a venue that accompanies live music and let yourself loose among the throngs of people dancing, conversing and generally having a good time. Some spots include Godzilla, Thirio or Privilege.