Dzongs resting on the foothills and wrapped by the arms of snow-caped mountains, multi-hued decor of the fortresses reflecting gleam in your eyes, stunning landscapes and ancient temples leaving you spellbound, superfluity of nature to let you rest peacefully in its lap and breathtaking treks to bring you closer to Mother Earth and applaud it’s beauty, Bhutan is a blend of spiritual as well as nature’s heaven.

Step into this paradise and feel privileged as you land into this amazing creation of Mother Earth which absorbs more carbon than it emits, actually rescuing you from the hustle-bustle and tainted environment. Read on a few more reasons as to why you should visit this enchanting Eden.

Get Ready To Fall For Bhutan The mesmerizing thick sheets of white snow wraps the majestic, highest unclimbed mountains of the world that encompasses Mount Jhomolhari, Jitchu Drake, etc. One can witness the mind boggling landscapes and panoramic views of the stunning Himalayan peaks. As you approach these mountains, bourgs, farms and densely forested valleys crosses you, leading your way upwards. Commemorate the establishment of Buddhism in Bhutan and interfuse with the natives as they set themselves loose in the jamboree. Encompass under the flash of culture and social gathering and observe the mask dances, rituals performed by monks as well as laymen sheathing elaborate costumes. The essence of the celebration lies with the unfurling of sacred ‘thongdroel’ scroll at daybreak with a meaning of ‘bestowing liberation by the mere sight of it’. Vibrant, elaborate designs and artistic manifestation welcomes you to the 13 Bhutanese Arts and Crafts known as the Zorig Chusu. These 13 encompasses woodwork, stonework, carving, painting, sculpting, wood turning, black smithy, ornament making, bamboo work, paper making, tailoring and weaving, which were introduced in the 15th century and categorized into 13 groups at the end of 17th century. Try your hand at these and grasp other forms of expressions.

Book a flight to Bhutan here. The concept of Gross National Happiness  has a propensity towards holistic development as well as the collective happiness of the nation. The notion gives equal weightage to non-economic aspects of well being. The concept thrusts upon the Buddhist values that enhances the quality of life and Bhutan is the only country to beget such a notion. A lively manifestation of a mélange of hues and tinges, the florid vibrance marks the annual Punakha Festival. The fest commemorates the triumph of Bhutanese over the Tibetans, who invaded Bhutan to seize a valuable relic, the Ranjung Kharsapani. The celebration witnesses traditional masquerade dance to the reinactment of the victory as well as a firecracker display.

One of the most beautiful buildings of Bhutan- Punakha Dzong hosts the jamboree and is lit with liveliness and razzle-dazzle. It is believed that the one who witnesses the Paro Thongdrel unfolding at the festive ceremony is relieved from all the sins. Savour the Red Panda Beer overlooking the mesmerizing valleys. Set up by Swiss immigrant, the Red Panda brewery and Swiss Cheese Shop offers beer brewed from wheat with the aroma of banana , clove and lemon. Witness the sunset as you sip it down your throat and encounter another façade of Bhutan.

Food With A View: Restaurants With The Best View In Dubai

Encompassing surreal, green lush valley, the trek is a solace to the disquiet soul. Start from Gönsaka Lhakhang to ultimately reach Zuri Dzong and behold the enthralling panoramic view of the Paro Valley. Drench yourself in the placid and limpid nature as climb the stairs to serenity.

A Himalayan Trek To 180 degree View Of 3 Mountain Ranges Rare black necked cranes and Rhododendrons encircling the valley, the place is a winter home to the cranes who migrate from Tibetan plateau. Lead your way through thick forests to ferns and dwarf bamboo and bypass the villages of Gogona & Khotokha, finally reaching the enchanting Valley. 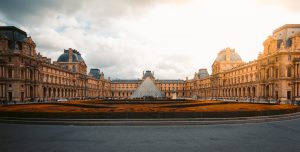 Valley of Flowers: An Enthralling Experience in the Magical Land of Flowers
June 20, 2016