The city encompasses 14 islands of the vast Stockholm archipelago on the Baltic Sea. Ferries and sightseeing boats offer an insightful view of the city and its enthralling attractions. Stockholm is not only the first European green capital but it is also one of the five fastest growing cities in Europe. So, let’s see what three days in Stockholm might look like!

A maritime museum in Stockholm, the Vasa Museum is located on the island of Djurgården. One of the most extraordinary museums in Europe, it displays the only almost fully intact 17th century ship that has ever been salvaged, the 64-gun warship Vasa that sank on her maiden voyage in 1628.

Book a flight to Stockholm.

The most visited museum in Scandinavia, Vasa Museum belongs to the Swedish National Maritime Museums. With ten different exhibitions around the ship, the museum gives an insight into an important part of Swedish history.

The Museum of Medieval Stockholm

Centrally located north of the Royal Palace and constructed in 1970s, the museum retells stories from the everyday life of medieval Stockholmers. Theme exhibitions with a medieval emphasis along with lectures, symposia and programmes are also organized by the museum.

If you are interested in Stockholm’s medieval history, then do check this place out as it is built around the remnants of the capital’s 16th-century city walls. The 1,750 square meters display area has about 850 objects on an amazing display from the entire city.

Book a hotel in Stockholm.

The largest and best preserved medieval city centers in Europe, Gamla Stan and the adjacent island of Riddarholmen are full of amazing sights, attractions, restaurants, cafés, bars and places to shop. Capture the true colours of Stockholm here as this is the most vibrant part of the city with the charm of both old and modern alive in the colorful buildings and alluring architecture.

Metro Stations Across The Globe That Makes Travelling A Beautiful Journey

Taking a walk through the town is like flipping through the pages of a story book. This is Stockholm’s original city centre and consists of Stadsholmen island and the islets of Riddarholmen, Helgeandsholmen and Strömsborg.

Located in Gamla stan, the old town in central Stockholm, Tyska Kyrkan is also known as Old German Church or St. Gertrude’s Church. Originally built in the 14th century as a guild house for the German merchants of the Hansa, it was converted into a church dedicated to St. Gertrude in the 16th century. The interior of the church is adorned with magnificent art woks and paintings along with a royal gallery. 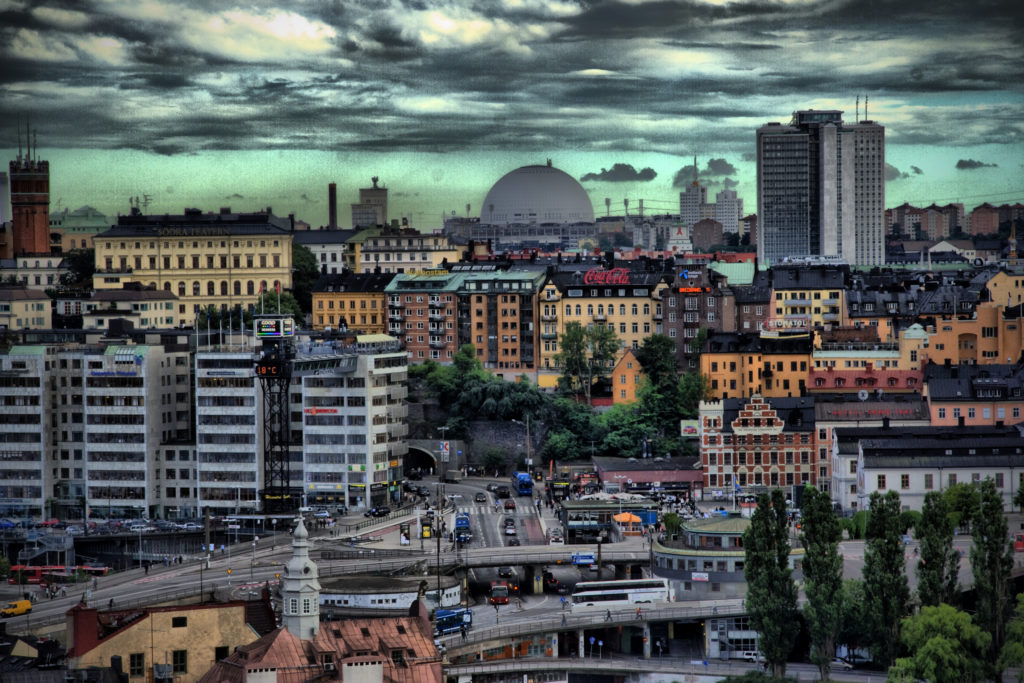 Also known as the Swedish Museum of Photography, Fotografiska is a centre for contemporary photography in Stockholm. The museum opened on 21 May 2010 and 5500 m2 of exhibition spaces, an academy, bistro, café, bar, conference rooms, museum shop, gallery, and event spaces. A great place for photographers, tThe roof cafe of this stunning building offers a unique view of the city.

Tickets: Adults SEK 120, Students and Seniors SEK 90, Children under the age of 12 Free

The Strindberg Museum is dedicated to the Swedish writer, August Strindberg. The author spent last four years of his life in a building he called The Blue Tower. The reconstructed apartment consists of three rooms, and his library of some 3,000 works. You can hear the sound recordings as you walk through the rooms. These sound recordings narrate the last scenes and events in Strindberg’s life.

A canal tour is always a great way to explore the city after a long day of walking and visiting museums. This 50 minute long boat tour takes you around the island of Djurgården, passing the Old Town (Gamla Stan), Skeppsholmen and the district of Östermalm along the way.

The first national city park in the world, Djurgården is rich in both history and nature.  You also get to see other attractions like Vasa Museum, Skansen, Nordic Museum and the Gröna Lund amusement park from a whole new perspective. Royal Canal Tour is both relaxing and entertaining.

5 Most Gorgeous Destinations In Norway

This is a great place to relax and have some delightful dishes and drinks after a long day. Famous for its wide selection of Beer and Whisky, the bar has a lively atmosphere, great music and it is quite pocket friendly as well.

5 Unique Bars To Drop By During Your Euro Trip! One of Europe’s largest and most dynamic palaces, the Royal Palace of Stockhom was largely built during the 18th century. The Palace is His Majesty The King’s official residence and is built in the Italian Baroque style.

This combination of royal residence, workplace and culture-historical monument has a reception, the Hall of State, Halls of the Orders of Chivalry, Gustav III’s Museum of Antiquities, the Tre Kronor Museum and the Treasury. Though the museum is open throughout the day, the best time to get a glimpse of it is in the evening when the entire architecture wears a shimmery yellow dazzle and the reflection of the museum in the waters charms the eyes. The oldest church in Gamla Stan, Stockholm Cathedral is also known as Sankt Nikolai kyrka (Church of St. Nicholas) and Storkyrkan (The Great Church). Situated next to the Royal Palace, the church houses unique objects such as the St George and the Dragon sculpture, the legendary Vädersoltavlan and Lena Lervik’s sculpture ”Joseph and Mary”.

All set? Stockholm it is then!