When you book with an account, you will be able to track your payment status, track the confirmation and you can also rate the tour after you finished the tour.
Sign Up
227
7 Nights 8 Days
Availability : Everyday
Only Land Itinerary
Bhutan
DetailItineraryHotelsInclusions Booking Conditions

Arrive at Bagdogra Airport/ NJP Railway Station. You will be met with your chauffeur at parking and you will be transferred to Phuentsholing. Rest of the day in leisure.

You will be transferred to Thimphu.

Thimphu – is the capital and the largest city of the Kingdom of Bhutan. Thimphu is the political and economic hub of Bhutan. The city is located on the bank of River Wang Chuu. Thimphu contains most of the important political buildings in Bhutan, including the National Assembly of the newly formed parliamentary democracy and the residence of the King. Thimphu holds a fascinating four-day festival, held every year during autumn (September/ October).

Arrive at Thimphu and check-in to your hotel. Later proceed for short sightseeing of Thimphu(if time permits).

Takin Reserve & Mini Zoo – Add to Wish List Hidden in a fold of the forest-draped hills high above Thimphu, a herd of takin make their home in the Mothithang Takin Preserve.

Anim Dratshang (Nunnery) – On a hillside above Thimphu’s Tashichho Dzong, just off Gaden Lam, stands Thangtong Dewachen Dupthop Nunnery. Home to around 60 nuns, the modest structure was built in 1976 by the 16th incarnation of ThangtongGyelpo, the famed fifteenth-century “Iron Bridge Monk” who forged chain-link bridges that still span several of Bhutan’s fast-flowing rivers. The road to the nunnery offers magnificent views of Tashichho Dzong, while the small complex houses a covered chorten and an unusual pillar topped with two carved deer (symbolic of the Deer Park at Sarnath, where Buddha first taught after his enlightenment) and a wheel of law.

Tashichho Dzong – Standing proudly on the western bank of the Wang Chhu a few kilometers north of central Thimphu, Tashichho Dzong looks every inch the seat of government.

After breakfast, proceed for Punakha.

En-route visit Dochu La – A mountain pass leading further into the Punakha Valley. It offers a stunning 360 degree panoramic view of Eastern Himalayan mountain ranges. The view is especially scenic on clear, winter days with snowcapped mountains forming a majestic backdrop to the tranquility of the 108 chortens gracing the mountain pass.

Arrive at Punakha visits below sightseeings and check-in to the hotel.

Chimi LhaKhang– Built in 1499, Chimi Lhakhang is dedicated to the “Divine Madman,” Drukpa Kunley, a sage revered in Bhutan for his unorthodox teachings and his use of a “flaming thunderbolt” to fight evil. While Chimi Lhakhang marks the spot where Drukpa Kunley defeated and buried a much-feared demoness, today the hilltop lhakhang is visited by expectant mothers and families with newborns to pray for their children’s health. Kindly note that a walking of good 45 minutes has to be undertaken.

Suspension Bridge – Behind Punakha Dzong stretches the Punakha Suspension Bridge, the longest of its kind in Bhutan. The bridge connects the dzong with the villages on the other bank of the Po Chhu river — Shengana, Samdingkha, and Wangkha — where traces of the Divine Madman Drukpa Kuenley can still be found, in the form of local stories, monasteries and markings on rocks.

Punakha Dzong – Visitors approach the dzong over a long cantilever bridge that spans the Mo Chhu and up a steep flight of wooden steps. The first dochey or courtyard houses Punakha dzongkhag’s government offices, with darkened passages leading south around the six-story utse to the monastic quarters that line the second courtyard. The utse contains Bhutan’s holiest relic, an image of Chenrezig (the bodhisattva of compassion) that the Zhabdrung brought to Bhutan from Tibet — although this is not on public display.

Return back to the hotel.

After breakfast, you will be transferred to Paro.

Arrive Paro by the afternoon and proceed for a brief sightseeing of Paro.

Paro – The valley extends from the confluence of the Paro Chhu and the Wang Chhu rivers at Chuzom upto Mt. Jomolhari at the Tibetan border to the North. This picturesque region is one of the widest valleys in the kingdom and is covered in fertile rice fields and has a beautiful, crystalline river meandering down the valley.

Kyichu Lakhang – When it was divined that she was preventing the spread of Buddhism, the great seventh-century Tibetan king Songtsen Gampo pinned her in place with 108 magically constructed temples — allowing Buddhism to flourish above her restrained body.

Rinpung Dzong – is a large dzong – Buddhist monastery and fortress – of the Drukpa Lineage of the Kagyu school in Paro District, Bhutan. It houses the district Monastic Body and government administrative offices of Paro Dzongkhag. It is listed as a tentative site in Bhutan’s Tentative List for UNESCO inclusion.

Check-out of your hotel, proceed to Phuentsholing. Check-in at hotel and rest of the day in leisure.

(for early flights, packed breakfast will be served during transfer)

After breakfast, transfer to the Bagdogra Airport/ NJP Railway Station to board your flight/ train back to home. 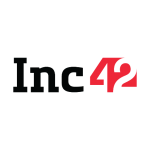 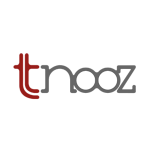 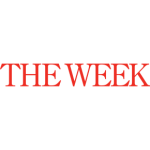